Aceris Law is pleased to announce that it has successfully resolved a dispute subject to the LMAA Terms under English law involving several substantive issues, including wrongful termination, repudiatory breach, and the proper measure of damages. The dispute concerned a contract for the sale of raw materials in the carbon fuels industry from the United States to South Asia, with Aceris Law representing a Cypriot client. 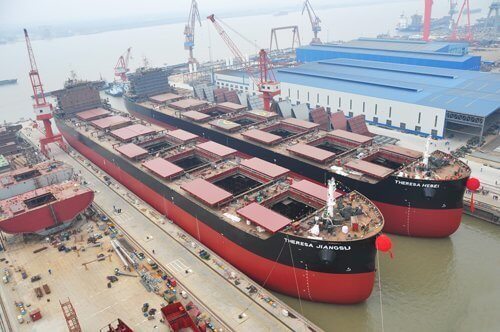 Procedurally, the case was unusual. The dispute arose in 2016, but arbitration proceedings were held in abeyance for four years while new counsel was sought. Thus, issues regarding dismissing stale claims for want of prosecution arose as, under English law, if a claimant delays the prosecution of its claims in an unreasonable manner, the arbitral tribunal has the power to dismiss them for “want of prosecution” (it can also take less severe measures to “penalize” the claimant).

Issues further arose regarding the incorporation of general sale terms and conditions which had not been provided but, if applicable, imposed a time limit for initiating arbitration proceedings that was not respected. In Barrier v Redhall [2016] EWHC, the court held that “I am content to assume (without deciding) that the purchase order sent to Barrier had no conditions on the back. For some unexplained reason the wrong copy was sent or given to Barrier. However a reasonable person reading clause 10 of the subcontract [which provides that ‘CIL’s standard terms and conditions, a copy of which was on the reverse of the CIL Purchase Order […] shall be incorporated into this Agreement’] would have no doubt that CIL’s standard terms were incorporated. The fact that they were not on the back of the purchase order does not affect this. It would, at all times have been open to Barrier to request a copy of the terms if they had wanted to” (para. 27). Thus, the mere fact that the general sale terms and conditions had not been provided did not mean that they would be found to be inapplicable.

Franco-American lawyer William Kirtley and Greek lawyer Anastasia Tzevelekou were the lawyers involved in the case, although the rest of Aceris Law’s team also contributed.

“A reasonable outcome can often be secured, even when quite thorny procedural issues are encountered,” noted William Kirtley of Aceris Law. “While we tend to be conservative in our assessments of clients’ cases and their likely outcome, the client was ultimately right that it was sensible to pursue its claims, rather than abandoning them despite the considerable amount of time that had passed. Nevertheless, we do always recommend that clients initiate arbitration proceedings promptly, as excessive delays can and do cause procedural issues.”