You are here: Home / International Arbitration / Arbitral Tribunals and Discovery of Evidence in the US 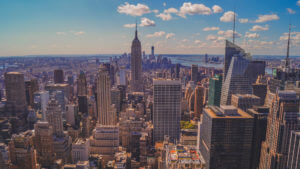 Non-US parties in international arbitrations may want to think carefully before choosing an arbitral seat, as this will affect court-backed assistance in compelling evidence requests.

This blog focuses on a developing yet difficult legal question: what is the relationship between US courts and assisting international arbitral tribunals in obtaining evidence through discovery procedures?

In building evidence to support a case, one may consider making a request for discovery in local US courts, if applicable. This can be done under 28 U.S.C. § 1782, which states in part:

The district court of the district in which a person resides or is found may order him to give his testimony or statement or to produce a document or other thing for use in a proceeding in a foreign or international tribunal.[1]

Although this statute’s language seems to be clear, it does not explain whether arbitral tribunals fall under the rubric of “foreign or international tribunal[s],” which has posed problems in the interpretation of the statute.[2]

Historically, courts denied the application of Section 1782 in arbitration-related matters.[3] In 2004, however, that dramatically changed with the Supreme Court’s decision in Intel Corp. v. Advanced Micro Devices, Inc.[4]There, it interpreted “tribunal” to include “first-instance decision-makers” which have either given a “dispositive ruling” or are to oversee a proceeding within “reasonable contemplation.”[5] The Court broadly defined “tribunal” to include “investigating magistrates, administrative and arbitral tribunals, and quasi-judicial agencies, as well as conventional civil, commercial, criminal, and administrative courts.”[6]

The case left more questions to be answered, however. It ultimately failed to address instances of non-US arbitrations seeking assistance in obtaining evidence from local courts. This has led to varied rulings by lower courts, as seen below.

In re Oxus Gold

For instance, the District Court of New Jersey attempted to deliver a bright-line rule on Section 1782 and investment arbitration in In re Oxus Gold PLC:[7]

The international arbitration at issue is being conducted by the United Nations Commission on International Law, a body operating under the United Nations and established by its member states. The arbitration is not the result of a contract or agreement between private parties as in National Broadcasting. The proceedings in issue has [sic] been authorized by the sovereign states of the United Kingdom and the Kyrgyzstan Republic for the purposes of adjudicating disputes under the Bilateral Investment Treaty. Therefore, it appears to the Court as if the international arbitration proceeding in the present case is included as a “foreign or international tribunal” in Section 1782.[8]

Though this may seem adequate, the court actually made a number of errors in its analysis. First, the United Nations Commission on International Law (or ‘UNCITRAL’) has enacted a Model Law for nations to adopt to become more arbitration-friendly. However, neither UNCITRAL nor the United Nations plays any part in administering cases. Instead, ad hoc cases are the ideal situations to incorporate the UNCITRAL Rules, but with no advisory body supervising the case. Hence, UNCITRAL itself does not oversee the case or serve in any other similar capacity.

Second, the court assumes that the Rules are only applicable to investment proceedings. This is of course incorrect. They in fact can be used (and were originally developed for use) in private commercial disputes, even after considering their 2010 revisions .[9]

Courts which have granted discovery following requests for evidence have done so under two main rationales. First, the arbitration agreement is seen as the basis for determining whether an arbitral body is a “tribunal” under Section 1782.[10] Second, private arbitrations may also be defined as “tribunals” for the purposes of Section 1782, because they are proceedings that result in “dispositive rulings” which are reviewable by a court.[11]

In contrast, a number of Circuits have not applied Section 1782[12] and pertinent questions also remain. For example, courts have not adequately addressed whether private commercial cases fall under the scope of the statute. It is also unclear if the statute authorizes a court to compel the discovery of documents located abroad.[13]

One major point appears to be relevant, and that is the ability of the courts to review a decision. There agreement ends, it seems. While some decisions are especially unhelpful, the more rigorous analysis applies the so-called ‘functionality test,’ which is where the court will look beyond the narrow framing of whether a proceeding is “private” (i.e., unrelated to treaties) and determine the specific function of the proceedings in the broader legal system in which the arbitration is seated.

This type of judicial review is in contrast with appellate review in litigation. In this instance, full judicial review on the merits is “far too stringent.” Instead, the functionality test incorporates the idea that courts may reject a subsequent award during the enforcement phase or in other limited circumstances. Hence, this would alleviate the courts’ concerns and may serve as an adequate rule for all federal circuits.

[9] See UNCITRAL Rules (1976) During this time, investment arbitration cases were scant or non-existent.