Arbitration in Brazil has developed significantly over recent decades. The latest ICC statistical report for the year 2016 shows an increasing number of Brazilian parties using arbitration, with 123 Brazilian parties compared to 112 in 2014, placing Brazil in 3rd place in party-rankings worldwide. Brazil is today described as having a pro-arbitration legal regime and arbitration is frequently used in the construction and infrastructure sectors. 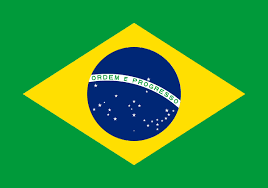 Influenced by Spanish arbitration law and the UNCITRAL Model Law, Brazil’s Arbitration Act (“BAA”) was enacted in 1996 and was recently amended in 2015. The BAA governs both domestic and international arbitrations in Brazil.

In accordance with Article 14 of the BAA, a person linked to the parties or the dispute at hand cannot act as an arbitrator. Further, an arbitrator is required to act with impartiality, independence, competence, diligence and discretion. The BAA requires the arbitrator to disclose any information that could raise doubt as to their impartiality or independence, prior to their appointment.

The annulment of an award may be sought before Brazilian courts within 90 days after it is rendered. The invalidity of the arbitration agreement, the lack of capacity, of independence and/or impartiality of an arbitrator, and the failure to meet formal requirements, constitute the primary grounds for annulment under Article 32 of the BAA. An award contrary to public policy may also be annulled.

Concerning the enforcement of arbitration awards, Brazil ratified the 1958 Convention on the Recognition and Enforcement of Foreign Awards (“New York Convention”) only in 2002. Awards rendered in Brazil are today enforceable without any further step. The recognition of foreign awards requires a homologation and must be recognized by the Supreme Tribunal of Justice since 2014 pursuant to Article 38 of the BAA.

Brazil was long the “black sheep” of international arbitration. Since 1996 and the enactment of the Brazil Arbitration Act (“BAA“), however, Brazil has made significant steps to foster international commercial arbitration. The ratification of the New York Convention of 1958 was a major improvement and Brazil is now considered arbitration-friendly State.

Yet, Brazil remains a non-signatory of the 1965 Convention on the Settlement of Investment Disputes between States and Nationals of Other States and its recent Cooperation and Facilitation Agreements with Mexico, Angola, Colombia, Malawi, and, Mozambique, do not provide for any investor-State dispute settlement provisions.

The current arbitration law of Brazil, as modified in 2015, may be found in its integrality below.