In response to foreign investors who sought a modern international arbitration law in Turkey and by reason of the country’s strategic geographic position as a bridge between the East and the West, the Turkish Parliament, on 21 June 2001, enacted the Turkish International Arbitration Law No. 4686 (Hereinafter “IAL”), which is based on the UNCITRAL Model Law (1985) and the Swiss Federal Statute on Private International Law of 1987[1] and, to a lesser extent, on the New French Code of Civil Procedure.[2] 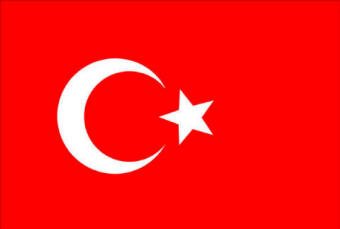 Further, as the recognition and enforcement of foreign awards is regulated by the Law No. 5718 on International Private and Procedure Law, a first particularity of the Arbitration Law in Turkey is that international arbitration, domestic arbitration and the recognition and enforcement of arbitral awards are dealt with under three different legal frameworks.[4]

Arbitration Law in Turkey is Based on the Model Law

According to Article 1 of the IAL, the parties can agree to the application of the IAL in case of a dispute involving a “foreign element” (which is more all encompassing that the reciprocity principle which it replaced). The parties may however agree (or the arbitrators may decide) to apply the IAL even if the place of arbitration is not in Turkey.

Although the Arbitration Law in Turkey is largely based on the Model Law, certain principles of the IAL are not codified in the Model Law. For example, under Article 2 of the IAL, the following circumstances constitute a “foreign element” which makes the arbitration international and trigger the application of the IAL:

As mentioned above, where the foreign element is missing, the arbitration is considered domestic and is regulated by the Code of Civil Procedure No. 6100.

The Characteristics of the Arbitration Agreement

According to Article 4 of the IAL, a requirement is that the arbitration agreement is in writing, either in a document signed by the parties or in exchange of letters, telex, telegrams or other means of communication providing a record of the agreement. It is noteworthy that a special law was adopted in 2004, the Law No. 5070, according to which an electronic signature has the same legal effect as a written signature and thus allows for the conclusion of arbitration agreements by email.[5]

The Large Role of State Courts

An objective of the drafters of the IAL was to reduce court intervention to a minimum level during or after the arbitral proceedings.[6] It is however doubtful that they have succeeded as state courts still play a very large role under the Arbitration Law of Turkey.

Article 3 of the IAL provides that state courts shall only intervene to the extent that it is expressly permitted by the provisions of the Arbitration Law of Turkey. Examples of such provisions include the following:

Correction and Clarification of an Award

Article 14 provides that, within thirty days of the award, a party may request the tribunal to correct the award (in case of errors in computation, clerical or typographical errors or similar errors) and interpret the award in the event that it is not clear, in whole or in parts.

It is important to note that the Arbitration Law in Turkey does not explicitly provide for confidentiality. A solution would be for the parties to provide for it in the arbitration agreement, in particular if the rules of the arbitral institution they choose do not provide for it.

According to Article 1 of the IAL, two types of disputes cannot be subjected to arbitration under the Arbitration Law in Turkey. First, the IAL excludes disputes related to real rights (in rem) concerning immovable properties in Turkey. One may however wonder whether disputes concerning in rem rights located in a foreign country would also be deemed not arbitrable under the IAL. Second, disputes the subject of which is not within the parties’ disposal (criminal law, family law, disputes concerning employees’ payments and other public law matters) cannot be subjected to arbitration under the IAL[8]

Setting Aside of Awards and Appeals

The Arbitration Law of Turkey does not allow a party to appeal an award on the merits of the dispute but allows for the setting aside of the award on procedural grounds, when the subject matter is not capable of settlement by arbitration or is in conflict with public policy.

A party’s request for setting aside should be filed before the competent court (i.e. the court of first instance of the respondent’s usual residence, domicile or place of business if it is in Turkey, or the Istanbul Civil Court of First Instance if it is not) within thirty days from the date of the delivery of the award or of the decision correcting, interpreting or complementing the award, in accordance with Articles 3 and 15 of the IAL.

The procedural grounds to set aside an award are very similar to the grounds provided for by Article 34 of the Model Law and Article 15 of the IAL adds that one may set aside an award on the basis that the award has not been rendered within the time limit of the arbitration.

Although the IAL seems to intend to allow the parties to reach quickly a final and enforceable award, as shown by the possibility for the parties to waive their right to set aside the award and thus shorten the procedures (which is a characteristic common to other recent national laws such as the arbitration laws of Switzerland, Sweden, Belgium and Tunisia)[10], Article 15 allows for the possibility to appeal the decision concerning the annulment action (in accordance with the provisions of the CPL No. 6100) and therefore provides for a double control of the award, one by the court of first instance, one by the Supreme Court. While the grounds are the same at both levels, it is doubtful that this is in line with the need for the rapidity of the procedures.[11]

Due to the rise of international arbitrations involving Turkish parties, Turkey’s High Planning Council – within the Ministry of Development – adopted on 29 September 2009 the Strategy and Action Plan for Istanbul International Financial Center (IFC-Istanbul) which provides for the establishment of an institutional arbitration center to ensure the expeditious and effective resolution of disputes and oversee international and domestic arbitrations.[12]

It is expected that the center will increase the visibility of arbitration professionals in Turkey, facilitate the selection of arbitrators and that the proximity to this tribunal will significantly decrease the costs of arbitral proceedings for the parties who expressly agree to have recourse to the center.

A particularity of the Istanbul Arbitration Center is that the Law No. 6570 includes a confidentiality provision according to which only the staff of the center must keep confidential any information they learn during their work.[14] It is not currently known whether the rules expected to be drafted by the board of directors of the center will provide for further confidentiality between the parties.

Conclusion on Arbitration Law in Turkey

By adopting an arbitration law based on the Model Law and ratifying the main international conventions, Turkey has made its arbitration law very comprehensive and has undoubtedly taken a great step forward and created an investor friendly environment for major infrastructure contracts.[15] However, the Arbitration Law in Turkey does not necessarily provide solutions to modern problems faced by many parties in international arbitration and the IAL seems to be lacking in many regards.

First, it is unusual that the IAL does not provide for transitional provisions and most importantly that it remains silent as to which provisions are mandatory. It might be difficult for parties to know what they can agree on in the conduct of the proceedings in accordance with Article 8 of the IAL. Some authors have expressed the view that, in order to avoid uncertainties, the Turkish legislature should have followed the example set by the Arbitration Act 1996 which lists the mandatory provisions in a particular schedule.[16]

Second, it is unfortunate that the IAL does not contain provisions relating to third party intervention and joinder as multi-party arbitration has become one of the thorniest issues in international arbitration and that many disputes arising under the IAL concern joint ventures, consortiums and similar agreements. [17]

Third, despite the objective to limit the courts’ intervention and accelerate the arbitration process, the possibility to appeal the decision concerning the annulment action – and thus provide for a double control of the award – seems to have had the opposite effect.[18] The arbitrators’ lack of power to grant executive measures is another example of the very large role attributed to state courts by the IAL and one may even inquire as to the usefulness of conferring power upon arbitrators to render provisional awards since their interim measures have no executive or enforcing effect.[19]

[15] S. Bezen, Recent Developments In International Commercial Arbitration in Turkey, The Journal of the Chartered Institute of Arbitrators, Vol. 67, No. 2, May 2001, p. 175

[18] S. Bezen, Recent Developments In International Commercial Arbitration in Turkey, The Journal of the Chartered Institute of Arbitrators, Vol. 67, No. 2, May 2001, p. 175