In this ICSID case Claimant, a Turkish company, started an arbitration in relation to a dispute with the Arab Potash Company (“APC”), a Jordan government-owned company, arising out of the collapse of a dike Claimant had built.

On 30 September 2003, a FIDIC Tribunal issued an award entirely in favor of Claimant.

Following this ruling, APC filed for annulment before the Jordanian Court of Appeal, which granted the annulment of the award.

Claimant appealed this decision. However, the Jordanian Court of Cassation upheld the ruling of the Court of Appeal on 16 January 2008. 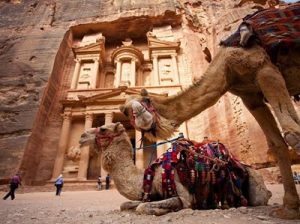 Claimant then brought an ICSID claim in relation to the annulment by local courts of the arbitral award, alleging violation of the Treaty between the Hashemite Kingdom of Jordan and the Republic of Turkey Concerning the Reciprocal Promotion and Protection of Investment (“BIT”) that came into force in 2006. It claimed the illegal expropriation of Claimant’s right to perform under the contract and the prior arbitral award, and a violation of fair and equitable treatment through denial of justice by Jordanian courts.

The ICSID Arbitral Tribunal ultimately ruled that it had jurisdiction ratione temporis solely over the claim in relation to the Jordanian Court’s decision to extinguish the arbitration agreement.

It found that, under Jordanian Law, Claimant had a right to arbitration which the Tribunal analyzed as a separate investment under the BIT. Thus, because the decision of the Jordanian Court of Cassation occurred after the BIT came into force, this claim was admissible.

On the other hand, the Tribunal reasoned that all claims regarding the annulment of the award and denial of justice were inadmissible as it lacked ratione temporis jurisdiction. As the Tribunal examined, the BIT was not retroactive and did not govern disputes that arose prior to 2006, when the BIT came into force.