Whereas nearly all modern international investment agreements prohibit unjust and inequitable treatment, they provide little guidance as to how the damages due to the injured investor are to be assessed. As the fair and equitable treatment (“FET“) standard itself is relatively imprecise and very much dependent on the specific circumstances of the individual case, tribunals cannot apply it in the abstract.[1] The same is true with respect to compensation for its violation: while tribunals agree on the basic standard of reparation, they diverge on the valuation of damages for violations of the fair and equitable treatment standard. 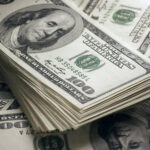 Investment tribunals are unanimous that the applicable standard of reparation for violations of the fair and equitable treatment standard should be “full reparation” (restitution in integrum) for the loss suffered by the investor. They rely on the PCIJ Chorzow Factory case[2] and the Draft ILC Articles on State Responsibility, which reflect customary international law in this regard.

In the Chorzow Factory judgment, the PCIJ ruled that:[3]

The essential principle contained in the actual notion of an illegal act – a principle which seems to be established by international practice and in particular by the decisions of arbitral tribunals – is that reparation must, so far as possible, wipe out all the consequences of the illegal act and re-establish the situation which would, in all probability, have existed if that act had not been committed. Restitution in kind, or, if this is not possible, payment of a sum corresponding to the value which a restitution in kind would bear; the award, if need be, of damages for loss sustained which would not be covered by restitution in kind or payment in place of it – such are the principles which should serve to determine the amount of compensation due for an act contrary to international law.

Article 31 of the Draft ILC Articles on State Responsibility similarly provides that:

Article 36 concerns compensation, the most practically relevant form of reparation in investment disputes, and provides:

To put it in the Vivendi tribunal’s words: “Based on these principles, and absent limiting terms in the relevant treaty, it is generally accepted today that, regardless of the type of investment, and regardless of the nature of the illegitimate measure, the level of damages awarded in international investment arbitration is supposed to be sufficient to compensate the affected party fully and to eliminate the consequences of the state’s action”.[4]

The “full reparation” standard also constitutes a limitation, however: the awarded amount must not exceed the damages actually incurred by the investor as a result the State’s violation, which is important in order to avoid overcompensation, unjust enrichment and double recovery.

As explained above, investment treaties do not typically address the issue of compensation for non-expropriation damages. Customary international law also provides little guidance as to the method for measuring “full reparation” in case of violations of the fair and equitable treatment standard.[5] Hence, tribunals recognize their discretion in this regard.[6]

The method of valuation will depend on, and vary with, the circumstances of each case, including, inter alia, the nature and the extent of the loss suffered, the nature of violations and the kind of investment in question.

1. The Tribunal Finds Both Expropriation and a Violation of the Fair and Equitable Treatment Standard

In this situation, arbitral tribunals tend to treat the violations cumulatively and to determine damages due by reference to the fair market value of the investment. Their approach can be defined by the words of the Tecmed tribunal:

The Arbitral Tribunal considers that compensation to be awarded pursuant to such parameters – that is, the market value of the [investment]– shall be the total compensation for all the violations to the Agreement proved in this award, which, in relation to the Claimant, have the damaging effect of depriving the Claimant of its investment.[7]

The tribunal did not clarify the effects of each violation on the amount of compensation; rather, it dealt with the violations as a whole and concluded that “the Claimant is entitled to receive compensation in accordance with the provisions of the Agreement and on the basis of the market value of the assets the Claimant has been deprived of”[8].

The same approach was taken in the NAFTA case Metalclad, where the tribunal decided that “the damages arising under NAFTA, Article 1105 [Minimum Standard of Treatment] and the compensation due under NAFTA, Article 1110 [Expropriation and Compensation] would be the same since both situations involve the complete frustration of the operation of the landfill and negate the possibility of any meaningful return on Metalclad’s investment”.[9] In that case, the tribunal awarded Metalclad’s actual investment in the project, since it had not been put into operation yet.[10]

Similarly, the Crystallex tribunal took into account “the cumulative nature of the breaches” and awarded compensation in accordance with the fair market value of the investment:[11]

Because the Tribunal has found breaches of FET (in addition to an expropriation), the Tribunal considers that the “full reparation” principle under customary international law must be applied as a consequence of its decision on liability. In other words, given the cumulative nature of the breaches that the Tribunal must compensate, and especially in view of its findings on FET that the Respondent’s conduct caused all the investments made by Crystallex to become worthless, the Tribunal will apply the full reparation standard according to customary international law.

2. The Tribunal Finds Only a Violation of the Fair and Equitable Treatment Standard

As “the purpose of the compensation must be to place the investor in the same pecuniary position in which it would have been if respondent had not violated the BIT”,[12] arbitral tribunals often use the so-called “differential method”.

This consists in examining the investor’s actual financial situation and comparing it with the one that would have prevailed had the unfair and inequitable act never been committed.[13] As explained in the Lemire case:[14]

The damage suffered by Claimant can thus be defined as the difference between a real “as is” value of [the investment] – what the investor now actually owns – and a hypothetical “but for” value – what the investor would have owned if the host State had respected the BIT.

Here, it is also possible to distinguish two further possibilities: (1) a tribunal applies the methods tailored for assessment of expropriation losses or (2) a tribunal rejects their applicability to a case.

The criteria to determine whether or not to borrow the standards and techniques used in the case of expropriation are of a factual nature and depend on the type of asset or of damage at stake and the intensity of the interference with the economic position of the investor.[15]

If the measures adopted by the State-produced effects are similar to those of an expropriation, tribunals tend to apply the same methods as in case of expropriation.  Thus, in the Azurix case, in which Argentina’s violations resulted in the termination of a water concession, the tribunal ruled that “compensation based on the fair market value of the Concession would be appropriate, particularly since the Province has taken it over”.[16] In that case, the tribunal applied the actual investment method and adjusted it in order to arrive at the real value of the investment that was lost.[17]

In the CMS case the tribunal also decided that “the cumulative nature of the breaches” in that case was “best dealt with by resorting to the standard of fair market value. While this standard figures prominently in respect to expropriation, it is not excluded that it might also be appropriate for breaches different from expropriation if their effect results in important long-term losses”.[18] The investor was awarded the difference between the fair market value of the investment and the residual value of the investment following the wrongful State act.

The Enron tribunal arrived at a similar conclusion and relied on the fair market value standard. It indicated: [19]

On occasions, the line separating indirect expropriation from the breach of fair and equitable treatment can be rather thin and in those circumstances the standard of compensation can also be similar on one or the other side of the line. Given the cumulative nature of the breaches that have resulted in a finding of liability, the Tribunal believes that in this case it is appropriate to apply the fair market value to the determination of compensation.

If the consequences of a violation are less serious, however, valuation methods used for expropriation are no longer appropriate. Thus, the LG&E v. Argentina arbitral tribunal refused to follow previous Argentine awards:

The Tribunal considers that the situation in Azurix is different from that of LG&E because the Licenses, the main asset of the Licensees, are still in force. With respect to CMS, the Tribunal is of the view that “important long-term losses” in the circumstances of this case are too uncertain and have not been adequately proven.[20]

Finally, an investor’s own conduct can be taken into account, e.g., in case of the investor’s contributory negligence. Thus, in the MTD v. Chile case[21], the arbitral tribunal found that the respondent State had violated its obligation of fair and equitable treatment but awarded only 50 percent of the investor’s expenditures, since it found that Chile was only partly responsible for MTD’s losses.