Cyprus Arbitration: can depositors successfully sue Cyprus in international arbitration for the measures it took in 2013? In 2013, Cyprus introduced a number of measures to prevent its banks from becoming insolvent. Most notably, it introduced a bail-in measure whereby it converted depositors’ deposits into equity in banks. This brought new capital into banks, without the use of a bailout. A bailout would use taxpayer money to keep the banks solvent. In Cyprus, it was uninsured investors – investors with substantial deposits not covered by the EU guarantee (deposits worth more than 100,000) – who bore the cost.

Cyprus allegedly adopted its measures with the support and guidance of the IMF, European Commission and the European Central Bank. Accordingly, some commentators have argued that this would influence the interpretation of the measures by an arbitral tribunal.

“An arbitral Tribunal will be aware that the particular conduct reflects not merely the policy of Cyprus, but also the shared preference of the IMF, EC, and ECB; accordingly, it might be less inclined to view it as arbitrary, capricious, or unreasonable in a way that breaches eg, the standard of fair and equitable treatment or the requirements for lawful expropriation.”[3]

In an unpublished 26 July 2018 ICSID award, an ICSID tribunal indeed reportedly rejected all claims against Cyprus in the case of Marfin Investment Group Holdings S.A., Alexandros Bakatselos and others v. Republic of Cyprus (ICSID Case No. ARB/13/27). Cyprus revealed that arbitrators dismissed all claims made by the claimants and awarded the State 5 million EUR in costs. 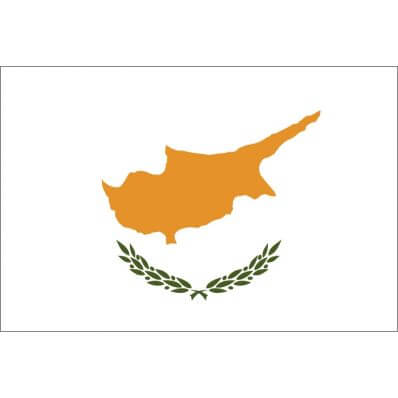 Right to Regulate or Expropriation?

Many arbitral tribunals would agree that States need not pay compensation when they adopt non-discriminatory regulations for a public purpose.

“It is now established in international law that States are not liable to pay compensation to a foreign investor when, in the normal exercise of their regulatory powers, they adopt in a non-discriminatory manner bona fide regulations that are aimed at the general welfare.”[1]

“Many tribunals in other cases have tested governmental conduct in the context of indirect expropriation claims by reference to the effect of relevant acts rather than the intention behind them.”[2]

Whether tribunals consider the actions of Cyprus as amounting to an expropriation is therefore dependent on which of these divergent approaches they adopt.

Can Cyprus Invoke the Defense of Necessity?

The crisis in Cyprus was particularly cumbersome because a collapse of the Cyprus economy might threaten the economic stability of the European Union as a whole. Could Cyprus therefore be exempted from liability under international law? Awards arising out of the measures taken by Argentina during its financial crisis provide two divergent approaches.

As evidenced by the Argentinian cases, the necessity defence depends on the approach of the arbitral tribunal. Neither Cyprus nor Argentina reached a complete collapse. Argentina still had considerable military spending, part of which could have been used to compensate investors. Cyprus could also have bailed out the banks with taxpayer money. This would have further increased its government spending and potentially threatened the stability of the Eurozone.

As of today, tribunals have decided in favour of Cyprus in all the investor-State arbitrations related to the measures undertaken during the crisis.[5] The awards already rendered are not public.

Their outcome, however, suggests that arbitrators are approaching these interpretative issues in a manner favouring Cyprus, potentially favouring their right to regulate for a public purpose and/or accepting the state of necessity as a reason for adopting such measures.

[3]M. Mendelson and M. Paparinskis, Bail-ins and the international investment  law of expropriation: in and beyond Cyprus, p. 477. Available here.