According to J. Paulsson, denial of justice may be recognized in the following circumstances: “refusal of access to court to defend legal rights, refusal to decide, unconscionable delay, manifest discrimination, corruption, or subservience to executive pressure.”  [2]

In the recent NAFTA Chapter 11 proceeding, Lion Mexico Consolidated LP v. United Mexican States (ICSID Case No. ARB(AF)/15/2), the arbitral tribunal found that Mexico breached Article 1105 of NAFTA on the basis that the host State denied procedural justice to a Canadian investor. The tribunal issued an award upholding the claimant’s claim of denial of justice for the treatment it received from the Mexican courts.

Facts of the Case 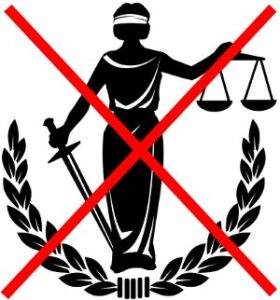 The three short-term loans totalled USD 32.8 million, with maturity dates at various times between 2007 and 2008. The borrowers issued three non-negotiable promissory notes to the claimant in addition to mortgages over the properties.

While the maturity dates of the loans were extended several times, the borrowers eventually defaulted on payment. Following the default, Lion Mexico Consolidated LP (“Lion”) filed several legal actions before the courts of Mexico. According to the claimant, the courts engaged in improper conduct to favour the defaulting debtors, including upholding a fraudulent loan agreement that unlawfully cancelled the promissory notes and the mortgages (the “Cancellation Proceeding”).

On 11 December 2015, the claimant commenced an arbitration against Mexico under the NAFTA Chapter 11 and the ICSID’s Additional Facility Rules, alleging unlawful expropriation in violation of Article 1110 and breach of fair and equitable treatment (“FET”) in violation Article 1105 of the NAFTA treaty.

In particular, the claimant argued that:

First, the tribunal agreed that there was no “substantive denial of justice”, although it acknowledged that there may be cases, which are so extreme and unjustifiable, that they would engage the State’s responsibility:[4]

The Tribunal agrees with Respondent, who convincingly argues that there is no “substantive denial of justice”. While the dichotomy between substantive and procedural denial of justice has indeed been adopted (to greater or lower endorsement) by some arbitral tribunals, this differentiation is not useful.

Following this finding, the Tribunal noted, in line with the Mondev (ICSID Case No. ARB(AF)/99/2) and Loewen (Case No. ARB(AF)/98/3) decisions, that the standard to determine denial of justice is an objective one. In other words, denial of justice requires a finding of improper and egregious procedural conduct by the judiciary, without necessarily acting in bad faith, “which does not meet the basic internationally accepted standards of administration of justice and due process, and which shocks or surprises the sense of judicial propriety.”[5]

Denial of Justice in International Arbitration and Lack of Due Process

The claimant maintained that Mexico breached Article 1105 of NAFTA by denying Lion due process. In particular, the claimant argued that it was not properly served and, consequently, was denied the chance to appear before the Juez de lo Mercantil in its pursuit of legal remedies against the debtors.[6]

The claimant also alleged that it was deprived of its right of defence on the basis that:

In its decision, the arbitral tribunal recalled the threshold issues required to decide whether a denial of justice occurred, reiterating that:

By applying those standards, the tribunal upheld that Lion was denied access to justice because it was not given the chance to defend itself in the Mexican proceedings. According to the tribunal, the Canadian investor was not properly notified about the “Cancellation Proceeding” before the Juez de lo Mercantil, and the consequences of the defective notification were detrimental to Lion’s case before the Mexican courts. In this regard, the tribunal noted that while “[t]he conduct of the Juez de lo Mercantil by itself [did] not amount to a denial of justice”, the Mexican judiciary did not do anything to correct the situation, despite the claimant’s multiple pleas.[13]

The tribunal also ruled that the Juez de lo Mercantil’s decision granting res judicata status (causa estado) of the judgement of the “Cancellation Proceeding”, for no good reason, constituted “an improper and egregious procedural conduct”, which deprived Lion of filing an appeal (recurso de apelación):[14]

Applying the relevant test, the Tribunal finds that the decision granting [res judicata] effect to the Cancellation Judgment, patently disregarding the amount in dispute in the Cancellation Proceeding, and closing one of Lion’s avenues of accessing justice before local Courts through an otherwise available appeal mechanism, amounts to improper and egregious procedural misconduct by the local courts, which does not meet the basic internationally accepted standards of administration of justice and due process, and which shocks or surprises the sense of judicial propriety.

When the Cancellation Proceeding became res judicata and the appeal (recurso de apelación) was no longer a viable remedy, the claimant sought to obtain a declaration that its constitutional rights had been violated through a recurso de Amparo.

Under international law, a finding of denial of justice is subject to a claimant’s exhaustion of local remedies. Lion reported it spent nearly three years in its Amparo proceeding in two available instances, but given the inefficiency of the local courts, the claimant decided to waive its Amparo.[15]

For the respondent, the discontinuation of the Amparo amounted to a failure to exhaust available local remedies. The arbitral tribunal disagreed, noting that while the Amparo lawsuit was brought to the Tribunal de Queja, a second instance tribunal, the claimant resorted to all non-futile remedies given the circumstances and that there was no possibility for the claimant to take its case to the Supreme Court, the highest instance in Mexico:[16]

In the meantime, the debtors filed another recurso de Amparo, a “False Amparo”, based on the same facts, which the arbitral tribunal saw as a tactic to create procedural obstacles to the claimant:[17]

On appeal against the Amparo Judgement, the second instance Tribunal de Queja, whom Lion had asked to review a further time the prohibition to argue the forgery issue, did not take up this question; instead the Tribunal de Queja, in an unexpected move, made sua sponte the decision to remand the procedure back to the first instance Judge, with a strictly limited remit: to review whether the Amparo had been properly admitted, in light of the existence of a previous Amparo (the False Amparo – a decoy procedure filed fraudulently by the Debtors to derail the admissibility of the real Amparo);

The arbitral tribunal also recognized that in the three years of the Amparo lawsuit, the Mexican courts failed to address the issue of forgery that could have reverted the decision of the “Cancellation Proceeding” which quashed the mortgages in favour of the debtors. In conclusion, the arbitral tribunal noted that “[i]t is difficult to accept that Lion did not exhaust all reasonable and available remedies with a reasonable prospect of reversing the denial of justice it had suffered”.[18]

Alternatively, Lion advanced claims for judicial and administrative expropriation and for failure to grant the claimant full protection and security, under Articles 1110 and 1105 of NAFTA. The Tribunal concluded that because Mexico was responsible for a denial of justice in breach of Article 1105, the two alternative claims were “moot”.[19]

Lion was awarded USD 47,000,000 in compensation for Mexico’s breach of NAFTA Article 1105 with interest at the rate of the USD six-month LIBOR +2%, as well as costs of the proceedings and defence expenses.[20]

[1]             A. Mourre and A. Vagenheim, Some Comments on Denial of Justice in Public and Private International Law After Loewen and Saipem M.-A. Fernandez-Ballester and D. Arias Lozano (eds), Liber Amicorum Bernardo Cremades (2010), p. 851.

[3]             Although denial of justice does not appear in the NAFTA treaty, the tribunal held unanimously that “denial of justice is an international wrong which breaches the fair and equitable treatment standard. Case law and doctrine reach the same conclusion” (Lion Mexico Consolidated LP v. United Mexican States, ICSID Case No. ARB(AF)/15/2, Award dated 20 September 2021, para. 205).