On 19 January 2017, Russia’s Constitutional Court ruled that the State was not under an obligation to comply with the European Court of Human Rights (“ECtHR”) Judgement in the Yukos Case, which awarded approximately EUR 1.9 billion in compensation to the company (the largest in the ECtHR’s history), because of Russia’s breach of the European Convention on Human Rights (“ECHR”).

The relevance of the ECtHR judgement to the Yukos Investment Arbitrations and their still-ongoing enforcement proceedings is evidenced by the fact that it keeps being referenced in submissions and court decisions. Our previous comments on the Yukos Affair may be found here.

The ECtHR judgement, in contrast to the arbitral awards, did not make a finding on illegal expropriation. It did, however, rule favorably on Claimant’s arguments that it was mistreated by Russian authorities, concluding that the enforcement proceedings were carried out in a disproportionate manner to their proclaimed aim (tax collection) and resulted in the company’s demise. This constituted a breach of Article 1 of the First Additional Protocol to the ECHR (Protection of Property). Even though Yukos was awarded just satisfaction, the judgment was paradoxically considered a victory for Russia, since the ECtHR did not accept Claimant’s argument that the State was acting in bad faith and abusing its power to bankrupt Yukos through the pretext of tax collection.

Contrary to what is stated in Article 46 ECHR, about the finality and binding nature of the ECtHR’s judgements for any Member States involved, Russia’s Constitutional Court ruled that the State was not in fact obligated to implement the judgment and to compensate Yukos, since the judgment was not compatible with the Russian Constitution. The Court reportedly based its reasoning on the assumption that enforcing the judgement would entail an unprecedented burden for the State budget, which was contrary to the principles of equality and justice. With this ruling, the Court gave clear precedence to Russia’s sovereignty and domestic legislation over the ECHR. 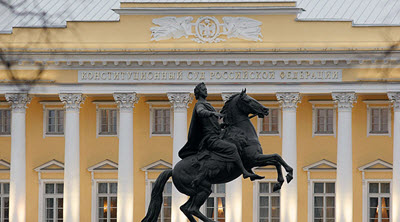 Considering the ongoing struggles of the Yukos shareholders to enforce their Investment Awards in multiple jurisdictions in Europe and abroad, the Russian Constitutional Court’s finding may further weaken the former shareholders’ position.

However, since the Constitutional Court did not discuss the findings of the ECtHR, but only the binding nature of the judgment, the enforcement proceedings for the Investment Awards may not be affected. This seems to be the point that Russia’s counsel is also making, since it would enable it to rely on the authoritative conclusion of the ECtHR that Russia was not acting in bad faith.

In conclusion, the Constitutional Court’s ruling, even though expected, is yet another obstacle in the former company’s shareholders’ attempts to obtain their awarded compensation. The still-ongoing attempts in multiple jurisdictions to enforce the various arbitral awards, despite some of them being set aside by domestic courts, suggests that Investment Arbitration may offer more options for seeking relief than a judgment of the European Court of Human Rights, at least in Russia.