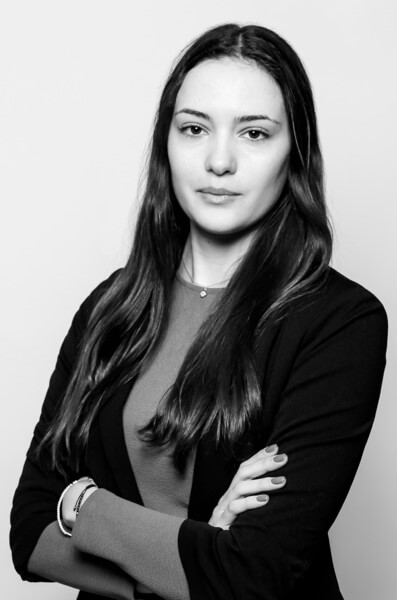 Anastasia Tzevelekou is an arbitration lawyer based in London. She speaks English, French and Greek.

Anastasia represents the clients of Aceris Law LLC under the direction and supervision of the founding partner, William Kirtley. She has worked on various cases under the ICC, LCIA, DIFC-LCIA, SCC and other rules of arbitration, as well as on ad hoc arbitrations and dispute board proceedings in the construction & engineering, oil & gas, distribution, technology, automotive pharmaceutical and other industries, and on investor-State arbitrations.

As a trainee, Anastasia was involved in an ICC construction arbitration under Saudi law, an ICC arbitration involving the creation of cryptocurrency exchange software under US law, and in dispute board proceedings concerning the construction of an electric transmission line. She has also assisted with drafting settlement agreements and a legal memorandum for the potential acquisition of a large arbitral award against an African State by a Swiss third-party funder, focusing on enforcement issues.

Anastasia worked in a team representing an airline company in SCC expedited proceedings in a dispute involving leased aircraft. She also assisted in defending a construction company in annulment proceedings concerning a EUR 8.5m arbitration award before Greek courts.