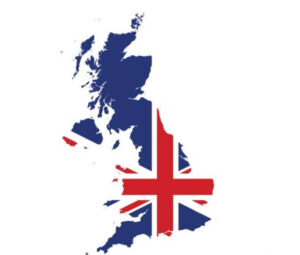 According to the 1996 Arbitration Act, “arbitration agreement” refers to an agreement to submit future or present disputes to arbitration, which shall be either in writing or evidenced in writing (Section 5).

Although parties are free to refer a wide range of contractual and non-contractual matters to arbitration (Section 6(1)), not all disputes may be resolved by an arbitral tribunal. In some cases, the subject matter of the dispute is not “arbitrable”.  Non-arbitrable disputes usually involve mandatory law or public policy. For instance, the English Court of Appeal has decided that “the scope of even the most widely drafted arbitration agreement will have to yield to restrictions derived from other areas of the law”.[1]

English courts will be willing to enforce multi-tiered clauses (i.e., a series of escalating dispute resolution mechanisms, such as mediation or conciliation) as long as the language of such clauses is clear and concise. In other words, if the language is compulsory (e.g., « shall » or « must » are used), it is likely that English courts will rule each preliminary step to be mandatory.[2] In such a case, parties will have to comply with the procedures set forth in the clause before submitting the dispute to arbitration.

A party willing to commence arbitration shall submit a notice or request for arbitration stating (i) the parties’ details; (ii) a brief description of the factual background and nature of the dispute; and (iii) the relief sought. Although the 1996 Arbitration Act does not provide for any mandatory requirement, the requesting party may also indicate the governing law, the seat of the arbitration or language of the proceedings. Not rarely, parties indicate the highest quantum so as to encourage settlement.

Competence-Competence and Separability under the 1996 Arbitration Act

Section 30 of the 1996 Arbitration Act provides that the arbitral tribunal may rule on its own substantive jurisdiction, as an expression of the Competence-Competence principle. Therefore, unless otherwise agreed by the parties, arbitral tribunals may rule:

Nonetheless, the rights of a party seeking to object to the tribunal’s jurisdiction are limited under the 1996 Arbitration Act: the objecting party must do so before the merits stage and as soon as he/she becomes aware of the grounds for objection (Section 31 and Section 73).

The doctrine of separability of arbitration agreements is enshrined in Section 7 of the 1996 Arbitration Act. This principle was endorsed in the well-known decision Fiona Trust & Holding Corp v. Yuri Privalov, in which the English House of Lords decided that the issue of invalidity of the underlying contract was arbitrable as long as the allegation of bribery did not concern the arbitration agreement itself.[3]

Applicable Law under the 1996 Arbitration Act

Under the 1996 Arbitration Act, the arbitral tribunal shall apply the substantive law chosen by the parties. The tribunal may also decide “in accordance with such other considerations”, which include lex mercatoria or trade uses provisions (Section 46).

If the agreement is silent as to the applicable law, English courts will seek the implied choice of law. If the implied choice cannot be discovered, courts will consider the law with which the arbitration agreement has its closest connection (generally the law of the seat of the arbitration). This was the approach used by the English Court of Appeal in the well-known Sulamérica CIA Nacional de Seguros S.A. v. Enesa Engenharia S.A. [2012] EWCA Civ 638.

Not rarely, English law is chosen as the applicable substantive law for international arbitration.

Under the 1996 Arbitration Act, parties are free to select their arbitrators. Arbitral tribunals are typically constituted by either one or three arbitrators (Section 15).

In Jivraj v. Hashwani, the UK Supreme Court reaffirmed the principle of the parties’ autonomy in selecting their arbitrators. The Supreme Court ruled that parties were authorized to impose requirements based on nationality or religion in their arbitration agreements without infringing anti-discrimination provisions.[4]

Parties may also apply to the courts to remove an arbitrator in the following cases (Section 24):

Interestingly, Section 24 does not refer to lack of « independence » as a ground to remove an arbitrator.

Notwithstanding, the threshold to remove an arbitrator is high. In AT&T v. Saudi Cable, the fact that one of the arbitrators held a non-executive position in a company, which was a competitor of one of the parties, was not sufficient to remove the arbitrator.[5]

Section 34 of the 1996 Arbitration Act gives the arbitral tribunal substantial discretion in deciding “all procedural and evidential matters” of arbitral proceedings. In practice, arbitral tribunals, under English law, have considerable leeway to manage the proceedings as they deem appropriate taking into consideration the general duty of acting impartially and providing each party with a reasonable opportunity to put its case (Section 33).

Annulment of Arbitral Awards under the 1996 Arbitration Act

The grounds for annulment of an arbitral award under the 1996 Arbitration Act are strict. Essentially, there are three grounds that allow a party to challenge an arbitration award:

While Sections 67 and 68 are mandatory provisions, Section 69 may be excluded if parties choose to do so.

Section 68, which is also a mandatory provision, establishes the grounds for annulment based on “serious irregularity”. These grounds are:

Finally, Section 69 allows parties to appeal before the courts on questions of English law. In reality, the purpose of Section 69 is to ensure that arbitral tribunals are applying English law correctly and that courts can continue to develop English law through arbitration.

Section 69 may be excluded before the commencement or during the arbitral proceedings.

Enforcement of Arbitral Awards under the 1996 Arbitration Act

Section 66 provides that an award is enforced with the leave of the court in the same manner as a judgment or order of the court.

The enforcement of foreign awards may fall within the scope of the following treaties to which the UK is a signatory party:

The UK ratified the New York Convention in 1975 and has implemented it in its territory through the 1996 Arbitration Act.

Arbitration in Scotland is governed by the Arbitration (Scotland) Act 2010 (the “Scottish Act”), which largely follows the 1996 Arbitration Act in force in England & Wales. The Scottish Act applies to arbitral proceedings seated in Scotland.

Following the enactment of a modern arbitration act and the creation of the Scottish Arbitration Centre, arbitration in Scotland is becoming more popular. According to Section 1, there are three founding principles in the Scottish Act: