The spread of the COVID-19 pandemic and the restrictive measures (travel restrictions, lockdowns, etc.) imposed by many governments have made it impossible for many parties, their counsel, witnesses and arbitrators from different part of the world to attend in-person hearings. Thus, tribunals and parties to ongoing proceedings typically have a choice between adjourning hearings, agreeing to “documents only” proceedings or holding entirely virtual hearings.

In such an unpredictable situation, a simple adjournment of hearings may not be a viable solution. It is unclear when the situation will return to normal, what the new normal will be, whether proceedings should be postponed indefinitely or, in case they are postponed to a specific date, whether another postponement will later be required. Moreover, such an adjournment may give a tactical advantage to only one of the parties, who for instance spends the additional time granted building up its case.

“Documents only” proceedings are inappropriate in many circumstances. There is a reason why the oral examination of witnesses exists. At the same time, significant advances in technology make it possible to conduct entirely remote arbitral hearings, which do have their own shortcomings but allow stakeholders to avoid wasted costs and undue delays.

Videoconferencing is well-known in international arbitration. Indeed, as demonstrated in the 2018 Queen Mary/White & Case International Arbitration Survey, 43 percent of respondents use videoconferencing in international arbitration “frequently”, 17 percent “always” use it, 30 percent use it “sometimes” and only 5 percent “never” use it.[1] Certainly, this proportion is higher post-COVID-19 and may stay that way. At the same time, arbitrators are generally more familiar with in-person proceedings, in which only one or some participants (usually witnesses or experts) take part remotely.

The use of new technology is encouraged by arbitral institutions. The ICC Arbitration Commission Report on 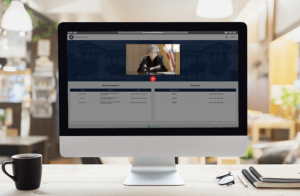 Techniques for Controlling Time and Costs in Arbitration suggests that arbitrators should consider the use of telephone and videoconferencing, where appropriate, for procedural hearings. They also should consider whether certain witnesses can give evidence by video link, to avoid the need to travel to an evidentiary hearing.[2]

The main institutional rules also give tribunals wide discretion as to how to conduct proceedings. Thus, pursuant to Article 22(2) of the 2017 ICC Rules, in order to ensure effective case management, the arbitral tribunal, after consulting the parties, may adopt such procedural measures as it considers appropriate, provided that they are not contrary to any agreement of the parties.[3] Article 17 of the 2010 UNCITRAL Rules similarly indicates that the arbitral tribunal, in exercising its discretion, shall conduct the proceedings so as to avoid unnecessary delay and expense and to provide a fair and efficient process for resolving the parties’ dispute.[4]

Notwithstanding the above, many (but not all) arbitral tribunals, parties and their counsel remain reluctant to use virtual hearings. Their main concerns are the authenticity and credibility of witness testimony given remotely; due process and confidentiality considerations; and the possibility of technological disruptions and failures. As demonstrated in the 2018 Queen Mary/White & Case International Arbitration Survey, 64% of respondents had “never” utilized “virtual hearing rooms”, whereas a mere 5 percent used them “frequently”.[5] In this context, the 2020 Willem C. Vis International Commercial Arbitration Moot and East Vis Moot held online may serve as an example of successful wholly virtual hearings, acquainting some arbitration practitioners with this technology.

At the same time, many of the risks inherent in virtual hearings may be dealt with by protocols and guides to best practice already in place (and many of them can be avoided during the hearings, if all necessary preparations and arrangements are made in advance). Below are some of the protocols:

The Korean Commercial Arbitration Board’s Protocol on Video Conferencing in International Arbitration[6] was launched at the 7th Asia Pacific ADR Conference held in Seoul on 5-6 November 2018. The Protocol was drafted and discussed by a panel of arbitration practitioners and was subsequently revised to include comments of the Seoul International Dispute Resolution Center (SIDRC). As indicated in its introduction, the Protocol is “intended to serve as a guide to best practice for planning, testing and conducting video conferences in international arbitration”.

To address the concern as to the authenticity of testimony/due process considerations, Article 1 of the Protocol requires that the videoconferencing system at the venue should allow a reasonable part of the interior of the room to be shown on the screen, while retaining sufficient proximity to clearly depict the witness; the witness shall give his/her evidence sitting at an empty desk or standing at a lectern, and his/her face shall be clearly visible. Article 3.1 requires that all persons present in the videoconference should be relevant to the hearings and their identity verified at the start of the conference. The conference will be terminated if the videoconferencing results in unfairness to a particular party (Article 1.7).

Pursuant to Article 2, the venue of the witness examination should be a location that provides for a fair, equal and reasonable right of access to the parties, and have at least one on-call individual with adequate technical knowledge to assist in planning, testing and conducting the video conference.

The Protocol also specifically addresses security/confidentiality concerns. Thus, Article 2.1c recommends that cross-border connections should be adequately safeguarded so as to prevent unlawful interception by third parties. Further, Article 8 indicates that no recordings of the videoconference shall be taken without leave of the tribunal.

Finally, Article 6 of the Protocol deals with possible technical glitches and provides that testing of all video conferencing equipment shall be conducted at least twice: once in advance of the commencement of the hearing and once immediately prior to the video conference itself. The parties shall ensure that there are adequate backups in place in the event that the video conference fails (at a minimum, cable back-ups, teleconferencing, or alternative methods of video/audio conferencing).

The Report of the ICC Commission on Arbitration and ADR “Information Technology in International Arbitration”[7] “is intended to provide arbitrators, outside counsel, and in-house counsel with an updated overview of issues that may arise when using IT in international arbitration and how those issues might be addressed”.[8]

Section 4 of the Report specifically deals with “Issues relevant to the hearings”. It addresses issues such as verification of adequacy of the technology and connection; use of documents; verification of the identity of the participants, especially witnesses, and prevention of illicit outside interference (e.g., witness coaching).

The Report also provides a sample wording for pre-hearing orders for testimony to be given via videoconference.

The Draft Guide to the Use of Video-Link under the Hague Convention of 18 March 1970 on the Taking of Evidence Abroad in Civil or Commercial Matters[9] was published in March 2019 by the Council of the Hague Conference on Private International Law. It analyses developments in the use of video-links in the taking of evidence under the Evidence Convention and outlines good practices in this regard. The scope of this Guide is principally limited to the use of video-link in the taking of testimonial evidence.

Although the Convention and, subsequently, the Guide, apply to national courts and are not directly applicable in the field of international arbitration,[10] they can also be useful for arbitration practitioners. Thus, Part B of the Draft Guide concerns preparing for and conducting hearings in which video-link is used, which include issues such as the use of documents and exhibits; use of interpretation; recording, reporting and review; environment, positioning and protocols (for speaking, in case of breakdown of communications) etc.; Part C addresses technical and security aspects, such as adequacy of equipment and minimum technical standards.

To conclude, hopefully the difficulties caused by the COVID-19 crisis will be overcome over the coming months, but the extensive use of technological developments, in particular virtual hearings in international arbitration may become and remain more commonplace.