Global claims, also known as “total cost claims” or “composite claims”, commonly arise in construction disputes and international arbitrations, especially in cases where projects have been delayed. Global claims are claims advanced by contractors without attempting to substantiate cause and the effect. In the words of the leading commentators on construction contracts (Keating on Construction Contracts), a global claim is a claim that “provides an inadequate explanation of the causal nexus between the breaches of contract or relevant events/matters relied upon and the alleged loss and damage or delay that relief is claimed for.”[1]

Even though the Society of Construction Delay and Disruption Protocol (the “SCL Protocol”) generally criticizes global claims and discourages contractors from advancing them, in its 2nd edition, published in February 2017, the SCL Protocol recognized that there is an apparent trend whereby courts and arbitral tribunals have taken a more “lenient approach” towards such claims.[2]

Global Claims and the Problem of Causation

Global claims arise from difficulties in proving causation, which are frequently encountered in construction disputes, especially in cases involving delay and disruption claims (see Prolongation Claims in International Arbitration and Disruption Claims in International Arbitration). Proving that something caused a certain effect can be a challenging task in construction disputes, since the claimant/plaintiff typically has to demonstrate the following:

The claimant accordingly has the burden of proving the causal link connecting these three elements. The problem, which frequently arises in practice, especially in delay and disruption claims, is that there are often multiple causes leading to one event. This makes it particularly difficult to particularize these claims with sufficient precision and to causally link each event or breach to a particular item of the claim. In global claims, the claimant accordingly does not even seek to attribute specific loss or delay to a specific breach or event relied upon. 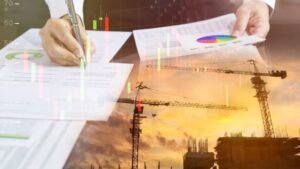 More generally, two types of global claims may be distinguished:

For more information on prolongation claims, also known as “delay claims”, which are defined as a monetary claim which follows from a delay to project completion, see Prolongation Claims in International Arbitration.

Global Claims and the Jurisprudence of Courts and Tribunals

The justification for global claims in international arbitration originates from two important English cases. In J. Crosby & Sons Ltd. v Portland (1967), the court stated: “The delay and disorganisation which ultimately resulted was cumulative and attributable to the combined effect of all these matters. It is therefore impracticable, if not impossible, to assess the additional expense caused by delay and disorganisation due to any one of these matters in isolation from the other matters”.[3]

The second case is London Borough of Merton v Stanley Hugh Leach (1985), in which the judge indicated that in cases where “the loss or expense attributable to each head of claim cannot in reality be separated”, a global claim might be justified. [4]

Following these two decisions, contractors all over the world started arguing that the events which occurred in their projects were so complicated that it was “impracticable” if not “impossible” to determine the precise losses/expenses caused by delay by one event in isolation from the other events.

The position of courts and tribunals slightly changed during the 1990’s following the Hong Kong case Wharf Properties v Eric Cumine Associates (1991). In Wharf Properties v Eric Cumine Associates, the court took a more strict approach and the claim was rejected as the claimant failed to explain the link between the breaches and the amounts claimed. The Privy Council further emphasized that a plaintiff was obliged to “plead his case with such particularity as is sufficient to alert the opposite party to the case which is going to be made against him at the trial.”[5]

More than ten years later, in John Doyle Construction Ltd v Laing Management (Scotland) Ltd (2002), the court then reconfirmed that global claims were generally acceptable in circumstances in which it is possible to identify a causal link between a package of events for which the employer is responsible and a package of additional costs. In other words, the court indicated:[6]

However, if all the events are events for which the defender is legally responsible, it is unnecessary to insist on proof of which loss has been caused by each event. In such circumstances, it will suffice for the pursuer to aver and prove that he has suffered a global loss to the causation of which each of the events for which the defenders is responsible has contributed. Thus far, provided the pursuer is able to give adequate specification of the events, of the basis of the defender’s responsibility for each of them, of the fact of the defender’s involvement in causing his global loss, and of the method of computation of that loss, there is no difficulty in principle in permitting a claim to be advanced in that way.

In another landmark English case, Walter Lilly v Mackay & DMW (2012), Justice Akenhead summarized the previous case law on global claims, emphasizing, however, that one needed to be careful in using the expressions “global” or “total cost claims”, as these were not “terms of art” or “statutory defined terms”. Judge Akenhead emphasized that simply because the contractor claimed all the costs on a construction project, which it had not yet been paid, does not necessarily mean that the claim was a global or total cost claim.[7] Justice Akenhead also defined global claims as follows:[8]

What is commonly referred to as a global claim is a contractor’s claim which identifies numerous potential or actual causes of delay and/or disruption, a total cost on the job, a net payment from the employer and a claim for the balance between costs and payment which is attributed without more and by inference to the causes of delay and disruption relied upon.

The SCL Protocol and Global Claims

Despite courts’ and tribunals’ more lenient approach towards global claims, they remain heavily criticized by international construction experts. The SCL Protocol also indicates that global claims should be permissible only in rare cases where the financial consequences of the various causes of compensation are impossible or impracticable to distinguish, so that an “accurate or reasonable allocation of the compensation claimed cannot be made between the several causative events”. In such rare situations, the SCL Protocol indicates that it would be acceptable for contractors to proceed in two stages:[9]

In what should only be rare cases where the financial consequences of the various causes of compensation are impossible or impracticable to distinguish, so that an accurate or reasonable allocation of the compensation claimed cannot be made between the several causative events, then in this rare situation it is acceptable to proceed in two stages: (a) quantify individually those items of the claim for which the causal link can be established between the Employer Risk Event and the resultant costs and/or loss claimed; and (b) claim compensation for the remainder as a composite whole.

The SCL Protocol also indicates that contractors nevertheless have to set out the details of the Employer risk events relied upon and the compensation claimed with sufficient particularity so that the Employer is aware of the case which is made against it.[10] It further indicates that contractors advancing global claims must also be aware that a global claim will fail entirely if any material part of the global loss can be shown to have been caused by a factor or factors for which the Employer bears no responsibility, and it is not possible for the judge or the arbitrator to assess the value of that non-recoverable portion on the basis of the available evidence. The SCL Protocol also emphasizes that the contractor needs to demonstrate that it would not have incurred the costs or suffered the loss included in the composite claim in any event.[11]

How Can Global Claims Be Avoided?

Even though courts and tribunals have accepted global claims, or at least some modified version of them, whenever possible contractors should at least attempt to identify each of the causes and the causal link between causes and loss and expense. If global claims are really the only route available to contractors, they may be accepted by certain courts and tribunals under the above, very limited circumstances.