In one of our previous blogs, we provided several methods used in international arbitration to estimate damages caused by treaty violations by host States.

This article will focus on one of those methods, the income method (commonly known as the discounted cash flow ‘DCF’ method) and, in particular, on the notion of a ‘going concern’ for the purposes of investment arbitration.[1]

The term ‘going concern’ has turned out to be crucial in arbitral tribunals’ assessment of damages via the DCF method, since it removes doubt about the speculative nature of the future profitability of a foreign investment.[2]

Despite the current use of the term ‘going concern’ in international arbitration, we will discuss whether this notion has been employed accurately. 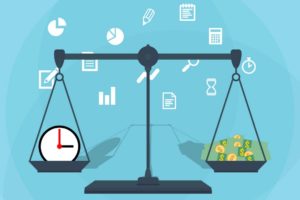 Definition of a ‘going concern’

The notion of a ‘going concern’ stems from accounting standards.

For instance, following the International Standards on Auditing, “[u]nder the going concern assumption, an entity is viewed as continuing in business for the foreseeable future. Financial statements and, in particular, all general purpose financial statements, are therefore prepared on a going concern basis, unless management either intends to liquidate the entity or to cease operations or has no realistic alternative but to do so. When the use of the going concern assumption is appropriate, assets and liabilities are recorded on the basis that the entity will be able to realize its assets and discharge its liabilities in the normal course of business.”[4]

Accordingly, a ‘going concern’ does not necessarily require proof of several years of profitability since “accountants contrast going concern with liquidation.”[5]

Arbitral tribunals have widely referred to the notion of a going concern while applying or rejecting a DCF valuation of an investment. For instance, the Iran-US Claims Tribunal in Amoco ruled that in order to establish a going concern, one has to prove that “an undertaking … had demonstrated a certain ability to earn revenues and was, therefore to be considered as keeping such ability for the future.”[6] The same standard of proof has been required by investor-State arbitration tribunals.[7]

Consequently, the notion of a ‘going concern’ has received different contours in international arbitration than in the accounting sphere. Rather than focusing on terms such as “liquidation” or “dissolution” of an investment, arbitral tribunals have put the accent on the notion of profitability. In the Tavakoli case, the Iran-US Claims Tribunal stressed this difference by acknowledging that “[i]n accounting terms, the phrase ‘going concern’ generally describes a company that ‘can continue to trade, eg, has adequate funds for doing so’ … In the Tribunal’s practice, however, the term ‘going concern’ generally has been used in a less technical sense. In determining whether a company is a going concern, the Tribunal generally examines whether the company had begun operations by the date of its expropriation and, if it had, whether it had a reasonable prospect of being able to continue its operations after the Revolution.”[8]

Furthermore, arbitral tribunals have also specified the need for profitability to have lasted for several years. For example, the tribunal in the AAPL case required “the prior presence on the market for at least two or three years, which is the minimum period needed in order to establish continuing business connections.”[9] Other tribunals, instead of imposing a definite amount of time, have merely referred to the World Bank Guidelines[10]. They define a going concern as “an enterprise consisting of income-producing assets which has been in operation for a sufficient period of time to generate the data required for the calculation of future income and which could have been expected with reasonable certainty, if the taking had not occurred, to continue producing legitimate income over the course of its economic life in the general circumstances following the taking by the State.“[11]

Notwithstanding the confusion between legal and accounting concepts[12], the position of arbitral tribunals seems relatively consistent. They require the proof of a high probability of future prospects of profitability in order to apply the DCF method of valuation, which can generally be demonstrated by the past performance of the investment[13].  In other terms, “Tribunals employing the term ‘going concern’ to mean several years of profitability are in reality worried about establishing forward-looking compensation ‘with reasonable certainty’.”[14]

[1] Quiborax S.A. v. Plurinational State of Bolivia, ICSID Case No. ARB/06/2, Award, 16 September 2015, para. 344: “the DCF method is widely accepted as the appropriate method to assess the FMV [fair market value] of going concerns with a proven record of profitability.”

[2] See for example Phelps Dodge Corp. v. Islamic Republic of Iran, 10 Iran-US CL. Trib. Rep. 121 (1986), para. 30: “The Tribunal cannot agree that SICAB had become a “going concern” prior to November 1980 so that such elements of value as future profits and goodwill could confidently be valued. In the case of SICAB, any conclusions on these matters would be highly speculative.“ See also Siemens A.G. v. Argentina, ICSID Case No. ARB/02/8, Award, 6 February 2007, para. 355: “… the DCF method is applied to ongoing concerns based on the historical data of their revenues and profits; otherwise, it is considered that the data is too speculative to calculate future profit”. See generally, I. Marboe, Calculation of Compensation and Damages in International Investment Law, Oxford University Press (2017), pp. 242-244.

[5] M. Kantor, Valuation for Arbitration, Kluwer (2008), p. 96. See also Disclosure of Uncertainties about an Entity’s Ability to Continue as a Going Concern, FASB (2014), p. 1: “continuation of a reporting entity as a going concern is presumed as the basis for preparing financial statements unless and until the entity’s liquidation becomes imminent.”

[12]  A. Cohen Smutny, “Some Observations on the Principles Relating to Compensation in the Investment Treaty Context”, ICSID Review (2007), Vol. 22, p. 10: “The measure of fair market value is a question of economics and/or accounting and is not (or should not be) a function of any bright-line legal rule. It is unfortunate that much of the jurisprudence and commentary in this area seems to reflect confusion about economic and accounting concepts which, in turn, leads to a confused (and/or confusing) discussion of the applicable legal rules.”

[13] Although, under special circumstances, the DCF method can be used even when the investment had not started operation. See Mohammad Ammar AL-Bahloul v. The Republic of Tajikistan, SCC Case n° V (064/2008), Final award, June 8, 2010, para. 74.