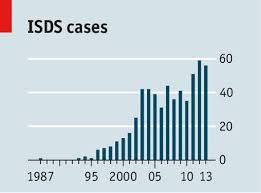 The most common protections accorded to foreign investors are:

Each of these protections has a defined meaning under international law. These provisions have been widely interpreted by a growing body of investment arbitration jurisprudence which, although not binding in nature, is considered to be persuasive. The UNCTAD has published a useful overview International Investment Agreements and their meaning.

Initiation of an Investment Arbitration

In some cases, the investor may be obliged by the arbitration agreement to exhaust all effective domestic legal remedies prior to initiating a claim in arbitration. To the contrary, other arbitration agreements force the investor to either chose to sue the state before domestic courts or before an international arbitral tribunal (the so-called “fork in the road” clause). It is important for a foreign investor to review the instrument containing the host State’s consent to arbitration prior to initiating proceedings, since it may be barred from arbitration if the instrument is not respected with precision.

Enforcement of Awards against Host States

The ICSID Convention provides the rules for the enforcement of international investment awards that host States are bound to respect (Articles 53 to 55 of the ICSID Convention). According to the ICSID Convention, “Each Contracting State shall recognize an award rendered pursuant to this Convention as binding and enforce the pecuniary obligations imposed by that award within its territories as if it were a final judgment of a court in that State.”

If the host State is not a party to the ICSID Convention, then enforcement of the award is carried out in accordance with the Convention on the Recognition and Enforcement of Foreign Arbitral Awards of 1958. According to this Convention the awards of international arbitrators can be enforced in over 150 countries (roughly 3/4 of countries on earth).

The average investment arbitration takes slightly over three years, from the Request for Arbitration through the final Award.

According to one review, average claimant costs were USD 4,437,000 and average respondent costs were USD 4,559,000, while average tribunal costs were USD 746,000. The parties must cover the expenses of the arbitral tribunal, the arbitration institution, the experts’ fees as well as the legal fees of the counsels. Some specialized arbitration law firms, called “boutiques”, provide outstanding legal services at reasonable legal fees which can reduce this cost greatly. Aceris has experience in over a dozen investment arbitrations and is one such boutique.

If a party has difficulties covering the costs of the arbitration, there is a possibility to obtain funding from Third Party Funders.

Whereas the average claim is for just under USD 500 million, the average award is for approximately USD 76 million, and the successful party recovers a portion of their costs in nearly half of cases.