According to the police powers doctrine, host States may enforce their laws against the foreign investors without being liable of any wrongdoing.

For example, a host State may revoke a concession granted to an investor if the latter does not comply with laws of the former. The tribunal in Quiborax v. Bolivia agreed with the respondent’s argument that, if a revocation decree was the legitimate exercise of Bolivia’s sovereign right to sanction violations of the law in its territory, it would not qualify as a compensable taking. The tribunal refers to the American Law Institute’s Restatement (Third) of the Foreign Relations Law, Tecmed v. Mexico, CME v. Czech Republic, Genin v. Estonia and Swisslion v. Macedonia. It considered that the police powers doctrine is particularly adapted to the case of rights of exploitation (such as licenses or concessions) that depend on the fulfillment of certain requirements by the foreign investor. 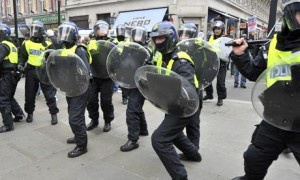 However, the tribunal recognised that the police powers of States are not unlimited and it draws the borders of the doctrine. The tribunal, in Quiborax v. Bolivia, applies a three-folded test in order to verify if the use of police powers is legitimate and whether it is a veritable taking disguised as the exercise of the State’s police powers. The tribunal verified (i) whether the revocation is based on an actual violation of law by the claimant; (ii) whether those violations of law are in fact sanctioned with the termination of the concessions; and (iii) whether the revocation was carried out in accordance with due process. These three conditions are cumulative.

A Violation of Law by the Investor

Bolivia revoked the concession on the ground of two alleged violations. First, the investor systematically refused to provide information to tax authorities, thus preventing tax audits from taking place. Second, the discrepancies in the amount of extracted ore declared and actually transported were in violation of the Tax Code. With respect to the first ground, the tribunal found that the investor was not notified and thus was not able to participate in the audit. The second ground was not factually proven.

A Violation Sanctioned by the Termination of the Concession

The State may invoke the police powers doctrine if it establishes the existence of a link between the violation of law by the investor and the revocation of the concession. In other words, the law or the provision of the contract should provide that in case of a specific violation, the concession will be withdrawn.

The tribunal found that the Bolivian law, invoked by respondent, did not provide a blanket authorization to the government to annul concessions if audits confirmed the existence of any breaches of Bolivian law. It only allowed the government to annul concessions if the audits established breaches that were sanctioned by nullity pursuant to the laws and regulations in force. Consequently, the tribunal concluded that the alleged violations by the investor did not justify the revocation of the concession.

The Revocation Must Be Carried out in Accordance with Due Process

The tribunal found that the revocation of the concessions did not not comply with the minimum standards of due process, whether under international law or national law. The tribunal referred to the due process standard under international law as summarized in ADC v. Hungary, requiring “an actual and substantive legal procedure for a foreign investor to raise its claims against the depriving actions already taken or about to be taken against it.” Even if Bolivian law provides for several constitutional or administrative actions that the investor may have attempted, the tribunal found that the due process has not been respected, the determinative factors being that the investors were not heard during the audits.

As a result, the Tribunal found that the revocation of concession was not a legitimate exercise of Bolivia’s police powers. A copy of the decision is available below.