The last decade has seen a rising number of arbitrations involving two or more parties. So-called complex and multi-party arbitrations raise numerous practical issues in international arbitration, involving but not limited to the questions of who are the parties to an arbitration agreement, the possibilities of an “extension” of an arbitration agreement, the joinder of a third party, the consolidation of proceedings and significant other practical and legal issues. Arbitration rules have been adapting to these changes rapidly. Nevertheless, some issues still remain unresolved. 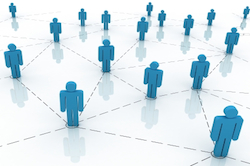 The 1998 LCIA Rules had already included the possibility of joining a third party to the proceedings. This rule remained essentially the same in the 2014 LCIA Rules. Under Article 22(viii) the Tribunal has the power, upon the application of the parties or on its own initiative, to allow one or more persons to be joined as a parties to arbitration provided that that person and the applicant party have consented to such joinder in writing (even against the consent of another party in the arbitration).

However, completely new provisions have been included in the 2014 LCIA Rules allowing for the consolidation of parallel proceedings. Under Article 22(ix) and (x), the arbitral tribunal may order, prior to the approval of the LCIA Court, the consolidation of the arbitration with one or more arbitrations where (i) all the relevant parties agree in writing; or (ii) no arbitral tribunal has been formed for the other arbitrations (except if it is composed of the same arbitrators) and the arbitrations have been commenced under the same or compatible arbitration agreement(s) between the same disputing parties. This is allowed under the condition that the LCIA Court may determine, after giving the parties a reasonable opportunity to state their views, that two or more arbitrations under the LCIA Rules and commenced under the same arbitration agreement between the same disputing parties are to be consolidated. The LCIA rules allow this even without the consent of the parties (Article 22(x) and prior to the constitution of the Tribunal, subject to the approval of the LCIA Court.

A similar provision on consolidation can also be found in Article 10 of the 2012 ICC Rules, however, in comparison to other rules, the consolidation provisions under the LCIA Rules are more cautious than for example the HKIAC Rules, which allow consolidation even when the parties are not identical. The precise effects and implications off these changes, which may pose problems at the time of the enforcement of an arbitral award before certain State courts, still remain to be seen in practice.

The 2014 LCIA Rules, containing these provisions, are available below.