The Claimant in this case was a subsidiary of Société d’Aménagement Urbain et Rural, S.A., specializing in water production, water treatment, water distribution and sanitization.

The Claimant had participated and won a bid by the Province of Mendoza to privatize the Argentinian company Obras Sanitarias Mendoza (“OSM”). OSM and the Province then signed a concession agreement whereby OSM would act as the agent of the public service provider for drinkable water and the draining of sewer systems. The Claimant then acquired 12,08% of OSM and signed a technical support contract. 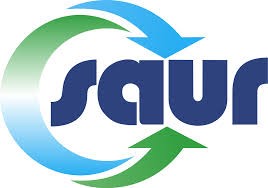 However, because of the financial crisis in 2002, OSM experienced significant losses and requested an increase in the price of water. Although both the concession contract and the technical support contract had been correctly executed during the early years, the financial crises in 2002 had an impact on their application. After suffering significant losses, OSM requested that the price of water be raised.

The Claimant filed its Request for Arbitration in 2003 and, after a ruling on jurisdiction on 27 February 2006, the Parties agreed to suspend the proceedings, but arbitration recommenced when the concession contract was cancelled in 2010 and transferred to a new State-owned company named Aysam.

The ICSID Tribunal ruled in favor of the Claimant and found that the Respondent had violated fair and equitable treatment and expropriated the Claimant’s investment.

The Arbitral Tribunal also determined that it had not exceeded its powers and had jurisdiction over the issue of compensation.

With respect to the amount of compensation, the Claimant argued that it should be equal in value to the investment made in the shares of OSM and in the rights relating to the technical support contract. The Tribunal agreed with the Claimant’s expert’s methodology for determining the value of the investment in the shares but reduced the amount because of a risk of double compensation for the same offense as the Claimant had also introduced administrative proceedings in Argentina. The Tribunal thus determined that the value of Claimant’s investment in shares of OSM was US $20,643,021.

As for the investment in the technical support contract, because the Claimant could reasonably expect the contract to be renewed, the value of the income the Claimant was supposed to receive had the termination of the contract not occurred was found to amount to US $19,347,090.