Many foreign investors would quite naturally like to know the success rate of investment arbitration claims, and whether or not they should expect to win a case, prior to spending three years and hundreds of thousands of dollars on the fees of arbitrators, arbitral institutions, experts and lawyers.

While the chances of success of each case of course depend on their facts, as well as the composition of the arbitral tribunal actually hearing the claims, data also suggests that certain investment arbitration claims have a higher rate of success than others. 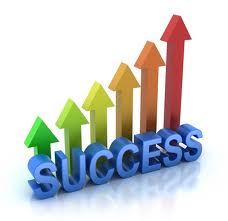 After having subtracted 154 cases where parties decided to settle or discontinue prior to a determination on liability, however, and subtracting 78 cases where arbitral tribunals declined to find that they had jurisdiction, the data is more positive for investors, with approximately 28% of cases succeeding with respect to their claims on expropriation. This data suggests that claims of expropriation have a realistic chance of success.

Excluding cases that ended in settlement, or those that failed at the preliminary phase in the calculation, according to data from the same website, there were 347 fair and equitable treatment violations claims and 86 claims were confirmed, representing an almost 25% success rate.

For full protection and security claims, which are related to a finding of fair and equitable treatment, the success rate was only 18% (15/183).

For umbrella clause violation claims, where it is alleged that the State violated an undertaking that rises to the level of a treaty breach, the success rate was a mere 15% (13/100).

Overall, the findings from this data thus show the following rate of success of investment arbitration claims:

Based on this data, investors who have been harmed by a State have the greatest chance of success of succeeding on claims of unfair and inequitable treatment, if such a claim is possible under the treaty or instrument that is invoked. If a State has “merely” violated an undertaking or contractual commitment, then investors might be better off considering alternatives to investment arbitration, since the odds of a successful investment arbitration claim are low.