The year 2018 may be an important milestone in international investment arbitration concerning the Netherlands due to the 2018 Draft Netherlands Model BIT (the ‘Draft’) .

The Draft contains several completely new provisions, absent in the 2004 version, and provides a narrow vision of other provisions in comparison to their 2004 predecessors.

We will discuss the most important changes in this article. 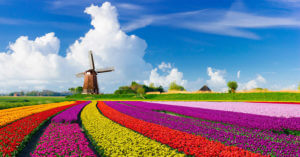 Like most BIT’s concluded worldwide, the Draft provides a non-exhaustive list of what shall be considered as an investment:

(i) movable and immovable property as well as any other property rights in rem in respect of every kind of asset, such as mortgages, liens and pledges;

(ii) rights derived from shares, bonds and other kinds of interests in companies and joint ventures;

(iii) claims to money, to other assets or to any contractual performance having an economic value;

(iv) rights in the field of intellectual property, technical processes, goodwill and knowhow;

(v) rights granted under public law or under contract, including rights to prospect, explore, extract and exploit natural resources.

However, compared to its 2004 version, the contours of the notion of what constitutes an investment have been significantly narrowed. Thus, Article 1(a) in limine specifies that an investment “means every kind of asset that has the characteristics of an investment, which includes a certain duration, the commitment of capital or other resources, the expectation of gain or profit, and the assumption of risk.” (emphases added)

The definition of an investor who is a natural person has remained almost unchanged in the Draft compared to its 2004 version (although this version preferred the term ‘national’). Pursuant to Article 1(b)(i) of the Draft, an investor with regard to either Contracting Party is defined as “any natural person having the nationality of that Contracting Party under its applicable law.”

However, the main change occurred with respect to dual nationals. Absent in the 2004 version, the new Draft expressly specifies that “[a] natural person who has the nationality of the Kingdom of the Netherlands and the other Contracting State is deemed to be exclusively a natural person of the Contracting Party of his or her dominant and effective nationality.” (emphases added)

This provision reduces the jus standi of natural persons having the nationality of both Contracting States to the BIT at stake. It will also facilitate the work of arbitral tribunals, mainly non-ICSID given the explicit exclusion of dual nationals in Article 25(2)(a) of the ICSID Convention, facing the question of the application of the requirement of effective and dominant nationality, as forged in the field of diplomatic protection, to investment arbitration.[1]

The definition of an investor who is a legal person has been subject to radical changes. The Draft defines in its Article 1(b)(ii) and (iii) an investor, legal person, of either Contracting party as:

(ii) any legal person constituted under the law of that contracting Party and having substantial business activities in the territory of that Contracting Party; or

With this provision the Draft attempts to prevent treaty shopping and the initiation of investment arbitration by mere mailbox companies. In fact, it should be recalled that the Netherlands has been frequently chosen as the State of nationality of mailbox companies given its liberal regime of incorporation of foreign companies via so-called BVs (besloten venootschap).[2]

The scope of application of the MFN Clause has been limited in the Draft in the sense that only those third treaties’ substantive provisions that are subject to specific measures adopted or maintained by a Contracting Party can lead to the application of the MFN Clause. Furthermore, Article 8.3 of the Draft explicitly specifies, in line with most recent investment arbitration jurisprudence, that dispute resolution provisions figuring in other treaties do not fall within the scope of the MFN:

Substantive obligations in other international investment and trade agreements do not in themselves constitute “treatment”, and thus cannot give rise to a breach of paragraph 2 of this Article, absent measures adopted or maintained by a Contracting Party pursuant to those obligations. Furthermore, the “treatment” referred to in paragraph 2 of this Article does not include procedures for the resolution of investment disputes between investors and States provided for in other international investment and trade agreements.

Article 9.2 of the Draft provides a list of what constitutes a breach of the FET Clause, notably:

a) Denial of justice in criminal, civil or administrative proceedings;

e) Abusive treatment of investors such as harassment, coercion, abuse of power, corrupt practices or similar bad faith conduct; or

f) A breach of any further elements of the fair and equitable treatment obligation adopted by the Contracting Party in accordance with paragraph 3 of this Article.

It is also specified that each Contracting party may, upon its request, “review the content of the obligation to provide fair and equitable treatment and may complement this list through a joint interpretative declaration within the meaning of Article 31, paragraph 3, sub a, of the Vienna Convention on the Law of Treaties.”

Finally, the assessment of the violation of the FET Clause necessitates a specific representation made by a State to an investor to “to induce an investment that created a legitimate expectation, and upon which the investor relied in deciding to make or maintain that investment, but that the Contracting Party subsequently frustrated.”

The clause relating to the standard of full protection and security has remained without changes in the Draft. As was the case in the 2004 version (Article 3(1)), the new Article 9(1) provides that “each Contracting Party shall accord to such investments full physical security and protection.” (emphases added)

The scope of the umbrella clause was also narrowed.

Article of the Draft expressly specifies that both, direct[4] and indirect[5], expropriations are covered.

Article 12.1 also provides a list of conditions when a measure shall not be considered as tantamount to expropriation, and particularly when:

a) the measure is taken in the public interest;

b) the measure is taken under due process of law;

c) the measure is taken in a non-discriminatory manner; and

d) the measure is taken against prompt, adequate and effective compensation. (emphases added)

Regarding indirect expropriation, Article 12.4 states that its assessment needs to be done on a case-by-case basis considering several factors:

b) the duration of the measure or series of measures by a Contracting Party; and

c) the character of the measure or series of measures, notably their object and context. (emphases added)

The prompt, adequate and effective compensation due to expropriation represents the amount of the fair market value of the investment at the time immediately before the expropriation. Article 12.5 provides that the Draft does not refer to other methods for evaluation of compensation. Finally, it specifies that valuation criteria include “going concern value, asset value including the declared tax value of tangible property, and other criteria, as appropriate, to determine fair market value.”

The 2018 Draft Netherlands Model BIT and Other Provisions

Contrary to the 2004 Model BIT, which allows investors to launch arbitration proceedings for “any legal dispute” concerning an investment (Article 9), Article 16 of the Draft restricts the initiation of arbitration only for claims for violations of the core substantive protection clauses, such as the MFN Clause, expropriation or free transfer.

Article 16.2 of the Draft also expressly provides that foreign investors cannot bring such claims if their investments have been made “through fraudulent misrepresentation, concealment, corruption, or similar bad faith conduct amounting to an abuse of process.”

The Draft contains several new rules relating to the appointment of the members of arbitral tribunals representing the abandonment of a traditional method of party appointment of arbitrators.

Its Article 20 states that all members should be “appointed by an appointing authority”, i.e., either by the ICSID Secretary General (should ICSID Rules be chosen) or the PCA Secretary General (should UNCITRAL Rules be chosen). In appointing the arbitral tribunal members, the said authority should take into consideration “the complexity of the case, the amount of damages claimed and the desirability of keeping the costs of the procedure as low as possible, especially for small and medium sized enterprises.”

The Draft also puts an end to a so-called “double-hatting“. In other words, Article 20.5 prevents the appointment of an individual as a member of an arbitral tribunal who has acted as legal counsel “for the last five years in investment disputes under this or any otherinternational agreement.” (emphases added)

Arbitrators’ fees and expenses are also restricted. Article 20.7 provides that “[t]he fees and expenses of Members of the Tribunal as well as of witnesses and experts involved in the procedure shall be governed by ICSID Administrative and Financial Regulation 14.”

One may observe that the new Draft diminishes the Netherland’s investor-friendly image and brings a clear answer to some hot topics in investment arbitration, such as the jus standi of mailbox companies.

The Draft was open to consultation until 18 June 2018 and the final text has yet to be released. However, should the above-mentioned changes remain in the final version, the future Model BIT would certainly represent the beginning of a new era in investment arbitration in the Netherlands.

[1] See for instance Waste Management, Inc v. Mexico, ICSID Case No. ARB(AF)/00/3, Award, 30 April 2004, para. 85: “[where] a treaty spells out in detail and with precision the requirements for maintaining a claim, there is no room for implying into the treaty additional requirements, whether based on alleged requirements of general international law in the field of diplomatic protection or otherwise.”

[4] Direct expropriation is defined as a situation that “occurs when an investment is nationalised or otherwise directly taken through formal transfer of title or outright seizure” (Article 12.2).

[5] Indirect expropriation is defined as a situation that “occurs if a measure or a series of measures of Contracting Party has an effect equivalent to direct expropriation, in that it substantially deprives the investor of the fundamental attributes of property in its investment, including the right to use, enjoy and dispose of its investment, without formal transfer of title or outright seizure” (Article 12.3).