Costs are also one of the often-cited benefits of arbitration, as, at least in theory, arbitration is said to have lower costs when compared to litigation. One of the reasons for this is its inherent flexibility to tailor the dispute to the parties’ own needs, which, if used wisely, may lead to cost reduction, as well as the lack of appeals. This is, unfortunately, not always the case, as arbitration can be more costly than domestic litigation. If, however, the parties are cooperative and aware of the factors which have an impact on the costs of arbitration from the outset, the overall costs of arbitration can be reduced significantly (see How to Minimize the Cost of International Arbitration).

Overview of the Costs of Arbitration and Party-Related Costs

The structure of arbitration costs is similar in most arbitration rules, even though the methodology for their calculation and the precise amounts may vary depending on the institution in question. Generally, most procedural rules distinguish between two categories of costs: 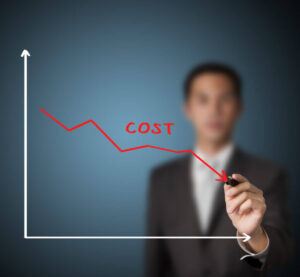 (a) The fees of the arbitral tribunal to be stated separately as to each arbitrator and to be fixed by the tribunal itself in accordance with article 41;

(b) The reasonable travel and other expenses incurred by the arbitrators;

(c) The reasonable costs of expert advice and of other assistance required by the arbitral tribunal;

(d) The reasonable travel and other expenses of witnesses to the extent such expenses are approved by the  arbitral tribunal;

The Advance on Costs

At the beginning of each arbitration, the arbitral institution administering the proceedings typically fixes an advance on cost (also called a “deposit”) to be paid in equal shares by the parties (although, in exceptional circumstances, a separate advance on costs can also be set).[1] The advance on costs is used to guarantee payment of the arbitrator’s fees and expenses and other administrative costs. Supplementary deposits might also be requested during the course of an arbitration (see The Timing of Payment of Arbitration Advance on Costs). How the advance on costs is distributed in the early stages of arbitration has no impact on the final allocation of costs at the end of the arbitral proceedings, however. Arbitral tribunals, generally, have broad discretion when deciding on the allocation of costs and may award the costs to the successful party, partially or in their entirety. The decision on costs depends on a number of different factors, such as the arbitral tribunal in question, the applicable law and the procedural rules governing the proceedings, so the successful party may not always recover the entirety of the costs incurred (see, generally, Recoverability of Arbitration Costs).

In addition to the filing fee, most arbitral institutions charge an administrative fee, which, in most cases, either depends on the amount in dispute (aggregating the value of claims and counterclaims), or may be charged at a fixed annual rate. The LCIA is an exception as it charges administrative fees based on hourly rates for the time spent by its staff or the LCIA Court on the respective case. The UNCITRAL Rules, which provide a framework for ad hoc arbitrations, are another exception. As the UNCITRAL does not administer arbitrations there is accordingly no filing fee or administrative fee, although the parties to an UNCITRAL ad hoc arbitration may choose to have an institution administer their proceedings (such as the PCA, for instance), in which case administrative fees to the respective institutions have to be paid in equal shares by the parties.

An overview of the main arbitral institutions, the filing fees and administrative fees is provided in the table below:

In addition to administrative fees, advances on costs are also used to cover the fees and costs of the arbitral tribunal and tribunal secretary (if appointed). While certain arbitral institutions determine arbitrators’ fees based on the amount in dispute, this is not always the case and various methodologies are used by different institutions to determine the total fees of arbitrators.

Parties can accordingly be provided with a rough estimate of the costs of arbitration (excluding party costs), including arbitrators fees and administrative fees, and claimants can have a general idea of how much they will need to spend on arbitration, prior to deciding whether to commence arbitration proceedings in the first place. Certain arbitral institutions also provide for cost calculators, allowing the parties to calculate the costs of arbitration in advance:

The fees and costs of the arbitrators and arbitral institutions are, unfortunately, only a small portion of the overall arbitration costs, as the largest portion, by far, are legal fees and other party-related costs, including the cost of experts. The precise breakdown of these costs depends on each particular case, but typically includes:

The 2015 ICC Report on Decisions on Costs found that party costs (including lawyers’ fees and expenses, expenses related to witness and expert evidence, and other costs incurred by the parties for the arbitration) make up the bulk (83% on average) of the overall costs of arbitration proceedings. Arbitrators’ fees and administrative costs account for a much smaller proportion of the overall costs. The findings of the ICC are also in line with the findings of the CIArb Costs of International Arbitration Survey 2011, which, even though it was conducted more than ten years ago, remain equally applicable even today. The CIArb Costs of International Arbitration Survey found that that 74% of total costs were spent on legal costs. The CIArb International Arbitration Survey also showed that, even though it is not possible to estimate if institutional arbitration is more expensive than ad hoc, on average 60% of common costs were spent on arbitral fees, with 40% shared on transcribers, the hearing venue, arbitral expenses and other miscellaneous amounts. The CIArb Survey also showed that, on average, claimants spend 12% more than respondents.

The costs of investment arbitrations are, unfortunately, even higher than the average costs of commercial arbitrations (see The Cost of Investment Arbitration: UNCITRAL, ICSID Proceedings and Third-Party Funding). The British Institute of International and Comparative Law Study (BIICL) published a report on Costs in Investor-State Arbitration in 2021, finding that for respondent States the mean costs incurred in arbitration proceedings were around USD 4.7 million, whereas the median figure was USD 2.6 million. For investors, the mean costs exceed USD 6.4 million, whereas the median figure was USD 3.8 million. The study has also shown that the costs of UNCITRAL and ICSID arbitration were approximately the same and that, interestingly, party costs have decreased somewhat over recent years, which is certainly a positive development, even though the overall costs of investment arbitration still remain very high.

In an attempt to enhance more cost control in international arbitration, in March 2018 the ICC Commission issued its second ICC Report on Controlling Time and Costs in Arbitration providing for a range of useful tips and techniques that can be used to increase the cost efficiency of international arbitration. Whether such techniques will successfully be implemented, and the overall costs of arbitration reduced, ultimately depends on arbitral tribunals and the parties themselves and their willingness to cooperate and reduce the unnecessary costs. That being said, as by far the largest costs are for legal fees, parties are well-advised to find skilled but cost-effective counsel if they are concerned about arbitration costs.

[11]  Note to the Parties and Arbitral Tribunals On the Conduct of the Arbitration under the ICC Rules of Arbitration, 1 January 2021.