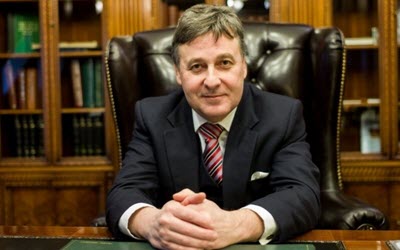 The investment claim had been brought in 2011 by Valeri Belokon, a Latvian investor, against the Kyrgyz government under the Latvia-Kyrgyz Republic Agreement for the Promotion and Protection of Investments (« BIT ») signed in 2008.

The arbitral tribunal ruled that the host State had violated Articles 2(2) and 2(3) of the BIT through unfair and inequitable treatment, as well as arbitrary and unreasonable acts. The UNCITRAL tribunal thus ruled in favor of the Claimant and awarded it USD 16.5 million in damages.

Kyrgyzstan’s main argument was that the investor’s investment was involved in money laundering and that investment protection is not intended to benefit criminals or investments based on or pursued by criminal activities.

The tribunal rejected this argument in its award, finding that Kyrgyzstan had not satisfied its burden of proof (Award, paras. 158 – 170). As the tribunal explained, “[f]rom the evidence presented to it, the Tribunal is unable to deduce or infer that the Respondent state has proved that Manas Bank was involved in money laundering activities. Consequently, the Tribunal finds that the Claimant is entitled to avail himself of the remedies of the BIT.” (Award, para. 170).

Kyrgyzstan then challenged the award and filed for annulment before the Paris Court of Appeal, which set aside the award.

The Paris Court of Appeal ruled that Claimant was in fact involved in money laundering practices, based largely on the text of the award itself. The Paris Court of Appeal found that there were significant financial links between the Claimant and former Kyrgyz President Kurmanbek Bakiev, who had to resign following the change of regime in 2010 and after the investment, i.e., the acquisition of the bank, was made. The Court also determined that the bidding process for the acquisition of the bank was irregular. Within this context, the Paris Court provided heightened scrutiny of the allegations of the investor’s misconduct, leading to an appreciation of the facts in favor of the host State.

It may be said that a different burden of proof was applied by the Paris Court of Appeal than the UNCITRAL tribunal used, which goes to show that foreign investors should tread carefully when allegations of money laundering or corruption are made by States.