One question frequently and legitimately asked by parties is who pays the costs of international arbitration. Most procedural arbitration laws and rules provide wide discretion to arbitral tribunals to allocate costs.

The “costs should follow the event” rule tends to prevail in international commercial arbitration, whereas the “costs lie where they fall” rule is more often adopted by investment tribunals.

For context, it is helpful to bear in mind that arbitration costs normally include the following heads of costs (see analysis of the costs of arbitration):

As a rule of thumb, there are two internationally-accepted principles governing cost allocation, i.e., the “costs follow the event” rule and the “costs lie where they fall” rule.

The “costs follow the event” rule, which is adopted in both common law and civil law jurisdictions, and appears to be the prevailing approach in international commercial arbitration today, requires the losing party to pay the successful party’s costs. This means that the loser may be ordered to bear all costs of the international arbitration. 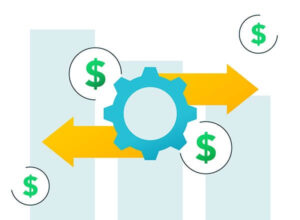 Some tribunals adopt a more nuanced approach to this rule, in cases where a party is successful on some issues but not others, by awarding costs based on the relative success and failure of each party’s claims, defences and damages. Doing so can be rather challenging, especially in complex arbitrations. Despite its inherent complexity, this nuanced approach can serve as an effective deterrent against unmeritorious claims and defences, eventually promoting the overall efficiency of arbitration.

2) The “Costs Lie Where They Fall” Rule

By contrast, the rarer “costs lie where they fall” rule requires each party to bear its own costs. The rationale of this approach is to deter parties from bringing frivolous claims and defences, while not deterring claimants from bringing claims for fear of a prohibitive costs award. This is also known as the “American Rule”, as it is the prevailing approach in US civil litigation. Investment tribunals also tend to adopt the “costs lie where they fall” rule, although this is not universal.

When allocating costs, arbitral tribunals have considerable discretion. Arbitral tribunals often take into account a series of other factors as well as success, including the parties’ pre-arbitration conduct, such as the parties’ responsibility for escalating the dispute, their conduct during the arbitration, for instance whether they have used dilatory or other abusive tactics such as unreasonable procedural applications, unnecessarily lengthy applications or submissions, abusive document production requests, or a failure to comply with document production orders.

4) No Impact of Advance on Costs on Final Cost Allocation

It is also worth noting that, at the beginning of an arbitration, the administering arbitral institution normally fixes an advance on costs which is paid by the parties in equal shares. This has nothing to do with how costs are later allocated by the arbitral tribunal in its costs decision, however. The purpose of the advances on costs is for the institution to ensure that they are enough funds to cover its administrative fees and the fees and expenses of the arbitral tribunal during the arbitration. For more information on this topic, see the timing of payment of arbitration advances on costs.

Who Bears the Arbitration Costs?

In practice, it is rather uncommon for parties to specify in their arbitration agreements how the arbitration costs should be allocated. Absent an agreement of the parties, which is always the starting point of the tribunals’ assessment, the issue of the allocation of costs is governed by the procedural law of the arbitration (also known as the “lex arbitri”) and the applicable arbitration rules. Most arbitration laws and rules simply grant broad discretion to arbitral tribunals to allocate costs as they deem appropriate, without taking a position on which rule of cost allocation tribunals should necessarily follow, however, as discussed below.

In contrast, Section 61(2) of the 1996 English Arbitration Act specifies that “the tribunal shall award costs on the general principle that costs should follow the event”, which means that the losing party pays the arbitration costs unless the parties otherwise agree or in circumstances (not specified in the Act) where this would not be “appropriate”. The English Arbitration Act thus creates a presumption in favour of the loser-pays-all rule, which is also the norm in English civil litigation.

Compared to most national arbitration laws, some arbitration rules are slightly more specific on the cost allocation issue.

For instance, Article 42(1) of the 2021 UNCITRAL Arbitration Rules provides that the “costs of the arbitration shall in principle be borne by the unsuccessful party or parties”, unless it is “reasonable” to instead “apportion each of such costs between the parties” taking into account the circumstances of the case. The UNCITRAL rules thus do favour the “costs follow the event” rule, but at the same time give leeway to the tribunal to depart from this rule if this is warranted by the circumstances of the case.

In the same vein, Article 28.4 of the 2020 LCIA Arbitration Rules provides that the tribunal “shall make its decisions on both Arbitration Costs and Legal Costs on the general principle that costs should reflect the parties’ relative success and failure in the award or arbitration”, unless it would “inappropriate” to use this principle under the arbitration agreement or otherwise. The LCIA Rules (the LCIA being a London-based arbitral institution) are thus in line with the position of the English Arbitration Act discussed above, both of them favouring the English “costs follow the event” rule. The same provision further specifies that the tribunal when determining the allocation of costs between the parties may also take into account other relevant factors, such as “the conduct of the parties and that of their authorised representatives in the arbitration, including any cooperation in facilitating the proceedings as to time and cost and any non-cooperation resulting in undue delay and unnecessary expense.”

By contrast, Article 37 of the 2021 ICDR Rules grants tribunals wide discretion to “allocate [the arbitration] costs among the parties if it determines that allocation is reasonable, taking into account the circumstances of the case.” It is observed that the ICDR Rules (the AAA-ICDR being a New York-based institution), unlike the LCIA Rules, create no presumption in favour of the “costs lie where they fall” rule which prevails in US civil litigation, and instead leave the issue open to the tribunals’ discretion and the applicable law.

Article 38(5) of the 2021 ICC Arbitration Rules provides rather broadly that, in its cost decision, the arbitral tribunal “may take into account such circumstances as it considers relevant, including the extent to which each party has conducted the arbitration in an expeditious and cost-effective manner.” Article 38(1) of the ICC Rules, which defines the costs of arbitration, further provides that the costs shall include “the reasonable legal and other costs incurred by the parties for the arbitration.” This implies that tribunals are allowed, if they consider that the legal fees and other costs claimed by a party are excessive, to award only part of these costs, which are reasonable, based, for instance, on the amount in dispute and the complexity of each case.

In sum, the short answer to the frequently-asked question of who pays the costs of international arbitration is that, while this largely lies within the discretion of the arbitral tribunal, in recent years, the prevailing approach in international commercial arbitration is that costs can typically be recovered from the losing party, either partially or in their entirety. Arbitration costs can be significant, especially in complex cases, so this is a factor often weighed by interested parties when making a decision on whether to pursue arbitration.