A new Croatia ICSID arbitration was registered on 16 September by UniCredit Bank Austria, a Vienna branch of Italian banking group UniCredit and its subsidiary Zagrebacka Banka. This is the first case against Croatia over controversial legislation intended to protected borrowers by converting loans and mortgages in Swiss francs to Euros.

In September 2015, Croatia passed a new law requiring lenders to convert Swiss franc loans and mortgages into euros, while at the same time obliging banks to bear the costs of such a conversion estimated at over US$1 billion. 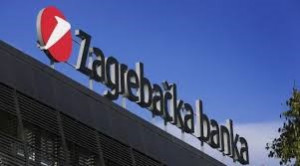 Even before the law was passed, five foreign banks were preparing to bring ICSID claims against Croatia – besides UniCredit, this was announced by Russia’s Sberbank and three Austrian-owned banks: Raffeisen, Erste Group and Hypo Group Alpe Adria.

Croatia’s government stated that the law was a necessary measure to protect consumers. Since the early 2000’s, low interest rates have been an incentive for people in Croatia to take loans and mortgages in Swiss francs. However, the situation changed in 2015 when Switzerland changed its monetary policy, which led to consumers being unable to pay their loans and bills. The recently elected government in Croatia stated that “the interests of Croatian citizens come first” and said that the state would find a way to protect its lenders.

The Claimant in the present ICSID case – UniCredit Bank Austria, also known as Bank Austria, owns an 84% stake in Zagrebačka Bank, which is one of eight banks in Croatia to have offered loans in Swiss francs.

UniCredit Austria is the first, but probably not the last, to start a case with respect to the Conversion Law. Furthermore, Croatia is not the only State in the region which passed such a law – its southern neighbor, Montenegro is also threatened by a potential claim by Addiko Bank with respect to a similar law passed by parliament about a month ago. Further claims will most likely follow and will attract significant media attention taking into account the controversial nature of the dispute.