The highly-politicized and controversial Croatia v Slovenia Maritime delimitations arbitration, a PCA arbitration concerning the countries’ sea and land frontier dispute, will continue after all, ruled the PCA tribunal in a partial award on 30 June 2016.

The proceedings were interrupted in July 2015 when Croatia raised concerns about the impartiality and independence of the Slovenian arbitrator, Jernej Sokolec, invoking “material breach of the Arbitral Agreement” pursuant to Articles 60 and 65 of the Vienna Convention on the Law of Treaties and aiming to terminate the agree 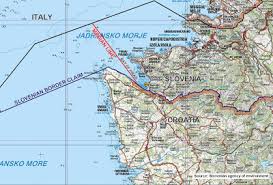 ment. Slovenia, on the other side, raised its objections to Croatia’s purported unilateral termination and argued that the “Tribunal has to power and the duty to continue the proceedings”. A hearing on these issues was held in March 2016. The PCA Tribunal chaired by Gilbert Guillaume unilaterally decided that Slovenia, in engaging in ex parte contracts with the arbitrator originally appointed, acted in violation of the provisions of the Agreement. Nevertheless 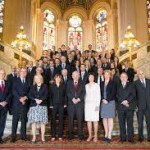 , the Tribunal did not think that these violations were of such nature as to affect Tribunal’s ability to render a final award independently and impartially taking into account that the Slovenian arbitrator resigned and there was no doubt expressed from either side concerning the remaining arbitrators.

Croatian reactions to the ruling of the Tribunal were extremely negative, stating that the partial award was “a missed opportunity for arbitral tribunal to restore confidence in the independence and impartiality of its work, as well as confidence in international arbitration”. Croatia refused any further comments and stated it did not consider itself bound by the decision.

Reactions on the Slovenian side were, as would be expected, very positive. The Slovenian Government said that “Slovenia will respect the final decision and expects Croatia to do the same”.

The Partial Award is available below. It remains to be seen how this highly-controversial arbitration, started seven years ago, followed by a number of interruptions and scandals involving arbitrators and politicians, will be resolved. As for now, one thing is certain – these proceedings are not helping to improve relations between the two Balkan States for the time being.