Previously, we analysed the main features of the 2018 Draft Netherlands Model BIT and concluded that the instrument could mark a new era in investment arbitration in the Netherlands. The Draft was open to consultation until 18 June 2017. The finalized text was adopted and released on 19 October 2018. 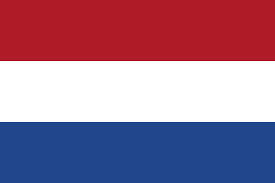 The final version of the Netherlands Model BIT largely follows the text of the Draft but contains some brand-new provisions. We will discuss some of them in the following paragraphs.

We already noted that the definition of an investor, legal person, as provided in Articles 1(b)(ii) and (iii) of the Draft, attempted to restrict access to investment arbitration to mere mailbox companies by requiring that any legal person must have substantial business activities in the territory of the Contracting Party, other than the host State.

The final version of Article 1 not only follows this logic, but goes further by providing indications of what the term “substantive business activities” means. The final text contains a new paragraph c) which sets out a series of indications, including:

(i) the undertaking’s registered office and/or administration is established in that Contracting Party;

(ii) the undertaking’s headquarters and/or management is established in that Contracting Party;

(iii) the number of employees and their qualifications based in that Contracting Party;

(iv) the turnover generated in that Contracting Party; and

(v) an office, production facility and/or research laboratory is established in that Contracting Party.

It also specifies that these indications should be assessed on a case-by-case basis “taking into account the total number of employees and turnover of the undertaking concerned, and … the nature and maturity of the activities carried out by the undertaking in the Contracting Party in which it is established.”

The Draft already limited the scope of arbitrable claims by providing in its Article 16(2) that an investor “may not submit a claim under this Section if the investment has been made through fraudulent misrepresentation, concealment, corruption, or similar bad faith conduct amounting to an abuse of process.” Paragraph 3 of the same Article went further by permitting the responding Contracting Party to deny benefits of the BIT to an investor “which has changed its corporate structure with a main purpose to gain the protection of this Agreement at a point in time where a dispute had arisen or was foreseeable.” The denial of benefits clause concerned primarily “situations where an investor has changed its corporate structure with a main purpose to submit a claim to its original home state.”

The new version of Article 16 narrowed the previous principles. New Paragraph 2 is more direct, indicating that an arbitral tribunal “shall decline jurisdiction if the investment has been made through fraudulent misrepresentation, concealment, corruption, or similar bad faith conduct amounting to an abuse of process.” As per the denial of benefits clause in Paragraph 3, it was also replaced by a more direct provision that is, henceforth, no longer dependent on a choice of the responding Contracting Party. The new Paragraph reads as follows:

As was the case in the Draft, human rights and social responsibility issues remain at the core of the final version of the Netherlands Model BIT. However, the final version refers to them more explicitly in the sense that their respect is binding on investors as well as on Contracting States.

Regarding obligations of Contracting Parties’, new Article 5(3) provides that as a part of their duty to provide protection against business-related human rights abuse, States “must take appropriate steps to ensure, through judicial, administrative, legislative or other appropriate means, that when such abuses occur within their territory and/or jurisdiction those affected have access to effective remedy. These mechanisms should be fair, impartial, independent, transparent and based on the rule of law.”

Finally, new Article 20(5) regarding the constitution and functioning of an arbitral tribunal provides that the appointing authority “shall make every effort to ensure that the members of the Tribunal, either individually or together, possess the necessary expertise in public international law, which includes environmental and human rights law, international investment law as well as in the resolution of disputes arising under international agreements.”

The final version of the Netherlands Model BIT remedies this and contains a challenge procedure in Articles 20(7) and (8), which reads as follows: