There are a variety of legitimate reasons why a party might wish to change lawyers over the course of an international arbitration, which can be a long and expensive procedure. A party may lose confidence in its lawyers: the quality, loyalty and vigor of a party’s representatives can have substantial consequences for the party’s opportunity to present its case. The legal fees charged by its lawyers may be excessive or far greater than the cost estimate that was initially provided, or it may become clear that capped legal fees should have been requested. A key lawyer serving in the arbitration may have changed firms. The lawyers selected may lack the necessary technical skills or language skills for the case, although lawyers admitted to any bar may serve in most international arbitration proceedings. The lawyers may not provide sufficient feedback to the client or seek its input on key decisions. While it is not always possible for a party to judge whether counsel is performing adequately until a final arbitral award is rendered, there are a host of valid reasons why a party may wish to change counsel over the course of an arbitration. 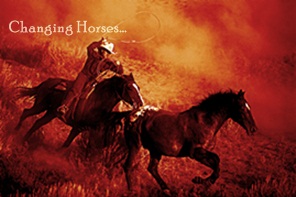 For instance, Rule 23 of the SIAC Arbitration Rules provides merely that any change of counsel shall be promptly communicated to the arbitral tribunal, the SIAC Registrar and the other parties:

23.1  Any party may be represented by legal practitioners or any other authorised representatives. The Registrar and/or the Tribunal may require proof of authority of any party representatives.

23.2  After the constitution of the Tribunal, any change or addition by a party to its representatives shall be promptly communicated in writing to the parties, the Tribunal and the Registrar.

Similarly, Article 13.7 of the HKIAC Arbitration Rules provides only that any change of legal representatives shall be promptly communicated to all other parties, the arbitral tribunal and the HKIAC:

Other rules, such as the 2010 UNCITRAL Arbitration Rules, do not address changing counsel, simply proving in Article 15 that “[e]ach party may be represented or assisted by persons chosen by it. The names and addresses of such persons must be communicated to all parties and to the arbitral tribunal.”

I. The Importance of Ensuring a Lack of Conflict of Interest between New Counsel and an Existing Arbitral Tribunal

Changing counsel is sometimes done for purely tactical purposes, not all of which are permissible. In Guerrilla Tactics in International Arbitration (Horvath and Wilske (eds); Jan 2013), p. 201, Alia O. Algazarr notes that “Parties sometimes abusively request extensions due to their frequent change of counsels.” Of more concern to the integrity of arbitration proceedings is the tactic of changing counsel mid-proceedings in order to deliberately create a conflict of interest with an arbitrator, in an attempt to sabotage ongoing arbitral proceedings. This guerrilla tactic has been addressed by some, but not all, institutional arbitration rules.

5. Once the Arbitral Tribunal has been constituted, a person should not accept representation of a Party in the arbitration when a relationship exists between the person and an Arbitrator that would create a conflict of interest, unless none of the Parties objects after proper disclosure.

6. The Arbitral Tribunal may, in case of breach of Guideline 5, take measures appropriate to safeguard the integrity of the proceedings, including the exclusion of the new Party Representative from participating in all or part of the arbitral proceedings.

While explicit provisions disallowing new counsel are not found in most other major arbitration rules, such as the ICSID Arbitration Rules (which merely provide in Rule 18 that “[e]ach party may be represented or assisted by agents, counsel or advocates whose names and authority shall be notified by that party to the Secretary-General, who shall promptly inform the Tribunal and the other party”), this has not prevented arbitral tribunals from disallowing a change of counsel when new counsel would generate a conflict of interest with the arbitral tribunal in place. In Hrvatska Elektroprivreda d.d. v. Republic of Slovenia, ICSID Case No. ARB/05/24, Decision of 6 May 2008, paras. 33-34, the arbitral tribunal ruled that it had the power to preserve the integrity of the proceedings by excluding new counsel, when new counsel would create a conflict of interest:

The Tribunal disagrees with the contention of Respondent that it has no inherent powers in this regard. It considers that as a judicial formation governed by public international law, the Tribunal has an inherent power to take measures to preserve the integrity of its proceedings. In part, that inherent power finds a textual foothold in Article 44 of the Convention, which authorizes the Tribunal to decide ‘any question of procedure’ not expressly dealt with in the Convention, the ICSID Arbitration Rules or ‘any rule agreed by the Parties’. More broadly, there is an ‘inherent power of an international court to deal with any issues necessary for the conduct of matters falling within its jurisdiction’; that power ‘exists independently of any statutory reference’. In the specific circumstances of the present case, it is in the Tribunal’s view both necessary and appropriate to take action under its inherent power.

In light of the fundamental rule enshrined in Article 56(1) of the Convention and given its inherent procedural powers confirmed by Article 44, the Arbitral Tribunal hereby decides that the participation of Mr. Mildon QC in this case would be inappropriate and improper. We appreciate that the Respondent was under a misapprehension in this regard and will, by making appropriate procedural adjustments, ensure that the Respondent’s ability to present its case will not be adversely affected by this ruling.

In short, whether new counsel may create a conflict of interest with the existing arbitral tribunal should be considered.

II. The Procedural Impact of a Change in Counsel

When counsel is changed in an international arbitration, new counsel will not immediately be aware of the facts of a given case or the issues in dispute. Thus, extensions of time are frequently granted by arbitral tribunals, on the basis that an arbitral tribunal’s refusal to adjourn a hearing or postpone a submission in the event of a change of counsel may constitute a violation of a party’s right to be heard. In Neurosigma, Inc. v. De Salles (Scheduling Order of June 5, 2015), AAA Case No. 72 193 00792 13 JENF, 7 June 2015, for instance, the arbitral tribunal allowed extension of time to the procedural timetable even after counsel had been changed, twice:

Claimant’s Request for Stay of Proceedings and Continuance of Hearing. The Panel has taken Claimant’s request under advisement, noting this is Claimant’s second such request in this case for postponement due to change in counsel for reasons relating insurance coverage, and the Panel will confer further on this request subject to granting the following extensions of time:

a. The parties Case Management Order shall be revised as follows:

i. Last date to file stipulation of uncontested facts: June 11, 2015

b. Claimant shall have until close of business on Monday June 8, 2015 to present evidence and establish good cause on necessity for further delays to these proceeding and to otherwise respond to Respondent’s opposition to the Claimant’s request for additional stay of the proceedings and to continue the hearing for 90 days.

It is, however, often ruled that the right to change counsel may not be abused by a party in order to delay or obstruct the arbitral proceedings. Thus, in ICC Case No. 14328, Procedural Order No. 8, when counsel was changed immediately prior to a final hearing, the arbitral tribunal refused to change the date of the final hearing by two months on the basis that it had been scheduled for over one year:

Respondent No. 8’s Application is vigorously opposed by the Claimants and no other respondent has joined in the Application.

It was incumbent upon Respondent No. 8 when it decided to change counsel at this late hour to take into consideration the fact that the Hearing had been scheduled for nearly one year […].

Thus, while extensions of time are often granted due to a change of counsel, they are not an automatic right, so a party changing counsel is advised to do so sufficiently prior to a major procedural hurdle, such as a final hearing.

III. Prior Counsel and Practical Considerations

While parties are generally free to terminate their relationship with prior legal counsel over the course of an arbitration, they must of course examine their agreements with prior counsel in order to ensure that the agreed terms are respected. Letters of engagement often include a provision whereby outstanding fees are to be paid upon termination, as well as mechanisms for resolving fee disputes that may arise.

In summary, while changing counsel over the course of arbitration proceedings is generally a straightforward matter, there are certain issues that should be taken into account by parties, including conflicts of interest that may be generated with an existing arbitral tribunal, potential changes to the procedural timetable, and a need to address potential issues arising with prior counsel.