Six years after the introduction of Russian sanctions by the United States and the European Union, the Russian Parliament has adopted a new law to allow sanctioned Russian entities to avoid arbitration. Arbitrations against companies and individuals targeted by Russian sanctions have today been transferred to the exclusive jurisdiction of Russian State Courts by a new Russian law. Russia, which has never had an image as an arbitration-friendly country, has created new obstacles for arbitrations involving sanctioned entities, which are analysed below. 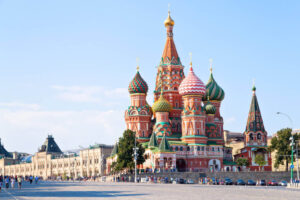 A new law came into force on 19 June 2020, Federal Law No. 171-FZ “On amending the Russian Commercial Procedure Code to ensure protection of the rights of individuals and companies with regard to restraining measures imposed by a foreign state, state union or international body of a foreign state or a union” (the “Law”).

The Russian Law is available here and amends the Russian Commercial Procedure Code to include a Section 248(1), « The exclusive competence of arbitration courts in the Russian Federation in disputes involving persons in respect of whom restrictive measures have been introduced » and a Section 248(2), « Prohibition of initiating or continuing litigation with disputes involving restrictive measures. » A poor, unofficial English translation of the Law is available here.

The Law is designed to support Russian individuals and companies, as well as foreign individuals and companies, who have been targeted by Russian sanctions. It establishes the exclusive jurisdiction of Russian commercial courts (named arbitration courts) over disputes with the participation of sanctioned parties and disputes relating to Russian sanctions.

To a certain extent, this Law codifies recent Russian jurisprudence. When several States, including the European Union and the United States, introduced sanctions against the Russian State, Russian companies and individuals, Russian courts have allowed sanctioned parties to avoid arbitration.

The Ninth Commercial Court of Appeal on 10 February 2020, for instance, adopted a Ruling on case No. А40-149566/2019, in which it supported a Decision of the Moscow Commercial Court allowing a sanctioned party to bring a claim to a Russian State court regardless of an arbitration agreement. On 6 July 2020, the Court of Cassation for the Moscow District upheld both acts.

This decision was based on Article II (3) of the New York Convention on the Recognition and Enforcement of Foreign Arbitral Awards (1958). Article II (3) states the following:

The court of a Contracting State, when seized of an action in a matter in respect of which the parties have made an agreement within the meaning of this article, shall, at the request of one of the parties, refer the parties to arbitration, unless it finds that the said agreement is null and void, inoperative or incapable of being performed.

The Russian Courts ruled that since a party found itself under anti-Russian sanctions, it could not effectively protect its rights in arbitration (which is partially true, e.g., U.S. law firms may not be able to enter into relations with sanctioned clients, and a similar situation also exists in the E.U.). Moreover, even if arbitration were possible and the claimant would receive an award in its favour, it may not be able to enforce the award in any State except Russia, as bank transfers in favour of the sanctioned claimant may be blocked when passing through correspondent accounts of banks under the control of the United States, as happens with most transactions in U.S. dollars.

Due to the introduction of the exclusive jurisdiction of Russian courts, from 19 June 2020, any sanctioned Russian company or individual, or foreign company targeted by Russian sanctions, will have two options under Russian law: it will be able to either: (i) seize a Russian commercial court with a claim disrespecting the applicable arbitration clause; or (ii) request an anti-suit injunction from a Russian commercial court to prevent or stop an ongoing foreign arbitration.

The first option is subject to lis pendens, i.e., a sanctioned party which already commenced arbitration cannot bring the same claim to the Russian court while the dispute remains pending. The second possibility is something brand new for Russian law, which did not previously have legal instruments such as anti-suit or anti-arbitration injunctions.

Thus, if parties have an arbitration clause in their contract, the new Law allows the party under Russian sanctions to change the arbitration clause (or forum selection clause) unilaterally (or avoid it entirely) as a matter of Russian law. If parties do not have an arbitration or forum selection clause and the competent forum should be determined on the grounds of private international law, Russian courts will also have exclusive jurisdiction in the absence of an international treaty establishing another competent forum (there are in fact few such treaties).

As for anti-arbitration injunctions, the notion of such injunctions is entirely new under Russian law, but of course practised by non-Russian courts. The new Law imposes potentially severe penalties on the non-respect of Russian anti-arbitration injunctions, indicating that if a party against whom a Russian court imposed an injunction does not comply with it, the Russian commercial court has the right to render a default judgment in an amount that is no more than that claimed in the foreign court or arbitral tribunal located outside of the Russian Federation.

When an entity targeted by Russian sanctions has pursued its claims before an arbitral tribunal or other foreign or international forum the Law is clear – lis pendens will prevent the same claim from proceeding elsewhere. What is less clear is whether the sanctioned claimant can stop a pending arbitration to commence proceedings in Russia. The text of the Law is broad enough to encompass the right of the sanctioned claimant to terminate arbitration proceedings and bring the same claim before Russian courts. However, under Russian law withdrawal of a claim prohibits the party from bringing the same claim again. This is a controversy which the Law does not address, which Russian courts will likely resolve through case law.

If a sanctioned entity is a respondent, the situation becomes more complicated. Imagine a claimant commenced an arbitration against a sanctioned respondent and the respondent refuses to participate in the proceedings: to pay the fee, nominate an arbitrator, defend the case, etc. Instead, it submits a request to a Russian State court and asks for an injunction to stop the arbitration. The Russian court will most likely grant the injunction under the new Law. After the Russian court grants the injunction two possibilities arise, which may largely depend on if a foreign claimant has assets in Russia. If it does, the risk of a default judgment in Russia enforced against its assets may trigger compliance with the anti-arbitration injunction. If a claimant does not have any assets in Russia, however, it will likely proceed with the arbitration because this type of injunction would be very hard to enforce anywhere in the world except for in Russia. The second scenario provides an opportunity for multiple proceedings: arbitration will proceed in parallel with Russian litigation proceedings.

The Law is more or less consistent up to the part concerning enforcement. Here, several discrepancies occur.

The Law stipulates that the plea of exclusive jurisdiction of Russian courts over disputes with sanctioned entities is a right of a sanctioned entity. If such a defence was not raised in arbitration, the award may be recognised and enforced in Russia. From that proposition an inference may be drawn that if such a plea were argued before the arbitral tribunal – the award may not be recognised and enforced. Several question occur regarding this part of the Law.

First, when should such a plea be raised? If it is an argument against jurisdiction of an arbitral tribunal, under most arbitration laws and rules, it should be raised before the first submission on merits. However, as we have seen from the text of the law, disputes with sanctioned entities now fall within the “exclusive jurisdiction” of Russian courts. Likely, at least for a Russian court, the untimely raising of an objection will not be an issue.

Third, what should be the ground for refusal to enforce a foreign arbitral award rendered despite exclusive Russian jurisdiction? It would not appear to be any ground stated in Article V(1) of the New York Convention. Article V(1) stipulates that a State court may refuse to enforce the award under the following grounds:

More likely, grounds will be found in Article V(2) of the New York Convention, which establishes two additional grounds to refuse recognition and enforcement:

These grounds are specific, and they are listed in a separate part and the courts of the place of enforcement may check them proprio motu (on their own initiative). The reason is that they are important from the perspective of State control over the arbitration, so they cannot be waived by a party.

However, the Law does not establish such a fundamental restriction. The exclusive jurisdiction of Russian courts over matters involving sanctioned entities can be waived, consequently, a dispute with such an entity may be arbitrable and is not apparently a part of public policy. One may argue that such disputes are made arbitrable conditionally, but the only condition for arbitrability is silence of the entity suffering from anti-Russian sanctions, which is effectively a compromise to submit a dispute to arbitration.

These are interesting questions and answers will surely be given by Russian courts. But at the outset, it appears that the Russian Parliament has mixed notions of exclusive jurisdiction, arbitrability and parties’ autonomy, crucial ones for arbitration, and allowed (or prohibited) something which is questionable.

As for the enforcement of decisions of Russian courts, rendered in disrespect of existing arbitration agreements, it is very hard to imagine them being enforced in any foreign jurisdictions. In the first instance, it is already hard to enforce Russian court decisions abroad, as Russia does not have many treaties allowing this. Second, most States will respect the arbitration agreement and refuse enforcement of a foreign judgement on this ground.

What further development will the Law receive? And what will be the impact on arbitration involving Russian parties? It seems that enactment of the Law will create a number of interesting guerrilla tactics in arbitration, especially on the part of entities targeted by Russian sanctions.

Dilatory tactics which may be called a “Russian” torpedo (similar to the famous “Italian” torpedo) may occur. Bringing a claim in Russia may create additional delay in arbitral proceedings.

What is clear even now is that arbitration with sanctioned entities will become more complex. It is unclear, however, to what extent and whether other means of dispute resolution will suffer.

Another question is if this law will be found to encompass similar types of dispute resolution which are not arbitration, such as final and binding decisions of dispute boards.

Regardless, today participation of a company targeted by Russian sanctions is a potential threat to an arbitration agreement or forum selection clause, at least from the perspective of Russian law. With time, Russian and foreign case law will evolve and will be expected to account for this dramatic new development.