The issue of consolidation between international arbitration and human rights has always been subject to controversies and doctrinal debates[1]. One reason for these controversies stems from the fact that human rights law and investment law follow different objectives. As stressed by J. Paulsson, while the first “deal[s] with rights of individuals that are inalienable whether or not the concerned individuals have chosen to subject themselves to a given national system”[2], the second “contemplate[s] the rights of foreigners, who (…) may chose not to enter the country with their investments.”[3]

Although this statement has merit in relation to socio-economic rights, it is more difficult to make such a tidy demarcation in relation to the inherit rights, i.e., first generation rights, such as the right to life which implies the protection against torture or inhuman treatment. In fact, no investor should be deemed to have “chosen” the country in which he suffered from inhuman treatment. Such treatment is not foreseeable in advance, especially when the country presents itself as democratic. 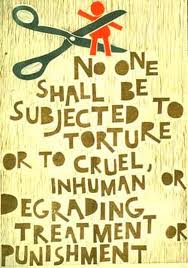 When investors are subject to inhuman treatment, the question arises as to whether arbitral tribunal would have jurisdiction over such a situation since their competence generally concerns investment-related disputes. This means that they “may (…) not be competent for an independent [human rights] claim.”[4] However, as pointed out by distinguished scholars, “human rights violations cannot per se be excluded from [their] jurisdiction. If and to the extent that human rights violation affects the investment, it will become a dispute ‘in respect of’ the investment and must be arbitrable.”[5]

Recently, such a situation occurred in the Igor Boyko case[6]concerning a claim made by a Russian investor against Ukraine over an alleged expropriation of a chocolate factory.[7]

In December 2017, the Claimant’s counsels filed an application for emergency relief following the Claimant’s arrest by Ukrainian authorities. The application described the conditions of the said arrest in worrisome terms: “in the late afternoon, Mr. Boyko was arrested, taken into custody, driven to an unknown place, severely beaten to the point of being unfit for admission in the pre-trial detention centre, and instead having to be taken to the emergency care unit of Kiev city hospital, where he currently remains, in a weak and worrying state, until doctors are allowed to examine him.”[8]

After confirming its power to issue the relief requested under Article 26 of the UNCITRAL Rules (1976), the Tribunal ordered the Respondent and all relevant authorities, including the police, prison administration, prosecution office and judiciary, “to take immediate measures to protect, and to refrain from taking – or, in accordance with the requirements of the BIT in this case, allowing third parties to take – any measures that could endanger the health, life, physical safety and psychological integrity of the Claimant, including by ensuring that the Claimant (…) is not subject to or exposed to any violent or inhumane treatment or to any physical or moral or psychological harassment; and (…) is given proper access to the required medical care.”[9]

The emergency relief ordered is interesting on two main points: the first (not assessed here) is the fact that the relief was ordered ex parte[10] and the second relates to the issue of consolidation between international arbitration and human rights.

In fact, analysing the application, the tribunal considered that “the present application alleges extrajudicial injury to the Claimant and the apprehension of imminent continued or greater extrajudicial injury. Such injury, if attributable to the actions or omissions of Respondent, threaten [sic] Claimant’s rights in the integrity of the mutually agreed process for the resolution for the resolution of the dispute before this Tribunal”[11](emphases added).

The consolidation between international arbitration and human rights is apprehended here through the concept of integrity of arbitral proceedings, which is undoubtedly linked to the investor’s right to claim damages for all harm suffered by its investment. This right figures in the dispute settlement clause contained in the BIT at stake.

The ultimate question in this respect is to what extent are such emergency measures binding on the Respondent State and what would be the tribunal’s powers in a case of their non-respect. This is, however, a topic for another day.