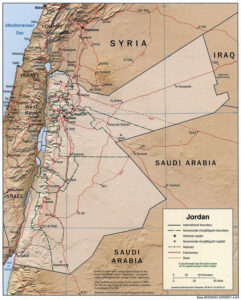 Article 9 of the Arbitration Law, similarly to the Egyptian Arbitration Act, defines an arbitration agreement as the parties’ agreement, entered into by natural or legal persons with legal capacity to enter into agreements, to refer to arbitration some or all of the disputes that have arisen or may arise regarding a specific legal relationship, regardless of whether it is contractual or not.

Pursuant to Article 11 of the Arbitration Law, an arbitration agreement may be concluded either (1) before the occurrence of a dispute, whether in the form of a separate agreement or contained in a specific contract arising between two parties, or (2) after the occurrence of a dispute, even if such a dispute was the subject of an action before any “judicial body” (in such a case, the agreement must precisely determine the subject matter of the dispute, or otherwise it is considered void).

Regarding the arbitrability of disputes under Jordanian law, Article 10(d) of the Arbitration Law now explicitly provides that prior arbitration agreements in employment contracts and consumer contracts on pre-printed forms shall be null and void. This is also in line with previous decisions of Jordanian courts, which have held that the disputes arising out of employment contracts may not be submitted to arbitration.

Previous case law and doctrine have held that the Arbitration Law authorizes arbitration for disputes relating to “financial interests”.[1] Further guidance on which disputes are considered non-arbitrable under Jordanian law may be found in the Jordanian Civil Code, which specifies that (a) matters which may not be in commerce (such as drugs, gambling debts, etc.); and (b) matters contrary to public policy or good morals, may not be the subject of a valid contract and are accordingly also non-arbitrable.[2]

Law Applicable to the Procedure, the Seat and the Language of Arbitration

The parties are free to agree on any procedure applicable to arbitration and are free to refer to any arbitration rules, either in Jordan or abroad, as explicitly stipulated in Article 24(a) of the Arbitration Law. Article 25 further provides that the Parties must be provided with an equal opportunity to present their case, and that the proceedings shall be conducted in an efficient and cost-effective manner, avoiding unnecessary expenses, in order to achieve a fair and expeditious resolution of a dispute.

The parties are also free to agree on any seat of arbitration, either in Jordan or abroad. Failing to reach such an agreement, the place/seat of arbitration shall be determined by the arbitral tribunal, having regard to all of the circumstances of the particular case, as stipulated in Article 27 of the Arbitration Law.

Pursuant to the Jordanian Arbitration Law, the arbitral tribunal shall be composed of one or more arbitrators. The number must be odd, however. In the absence of the parties’ agreement on the number of arbitrators, the default number is three, as provided in Article 14 of the Arbitration Law.

The Jordanian Arbitration Law (Article 15) sets no specific requirements on who may be appointed as an arbitrator, merely indicating that he/she cannot be a minor, an interdicted person, or a person deprived of his/her civil rights on the ground of a judgment against him/her for a felony or a misdemeanour contrary to honour, or due to a declaration of his bankruptcy (even in case he/she has been rehabilitated).

The Jordanian Arbitration Law also provides for no specific requirements in terms of gender or nationality of the arbitrators (Article 15 (b)). When accepting his/her mandate, the arbitrator is required to submit his/her acceptance in writing and shall disclose any circumstances likely to give rise to doubts as to his/her impartiality or independence (Article 15(c)). The Arbitration Law accordingly sets specific rules and imposes responsibility on an arbitrator to disclose any circumstances which may cast doubt on his impartiality or independence during the entire duration of the arbitration proceedings.

The parties are also free to agree on the procedure for the selection of arbitrators. In the absence of such an agreement, the default procedure as provided in Article 16 of the Arbitration Law applies:

a. The two arbitrating parties are free to agree on the selection of arbitrators and on the manner and the date of their selection. Failing such agreement, the following procedures shall be followed:

1. If the arbitral tribunal consists of a sole arbitrator, he shall be appointed, upon request by either party, by the Competent Judge.

b. If the parties to the arbitration are three or more they can agree on the number of arbitrators, the method of their appointment and the method determining the chairman among them and in case of disagreement the following procedures shall be followed:

2. If it is agreed on the number of arbitrators without agreeing on the method of their appointment, the Competent Judge shall appoint them as per the number agreed upon and shall determine the Chairman among them.

c. If either party violates the agreed procedures of selecting the arbitrators, the two parties have not agreed on the way of performing such procedures, the two appointed arbitrators have not agreed on a matter that should be agreed on or if the third party fails to perform a function entrusted to him in this respect, then the Competent Judge shall, upon request of either party, carry out the required measure or function after hearing the other party.

d. When selecting an arbitrator, the competent court shall take into account the conditions required by this law as well as those agreed upon by the parties, and it shall issue its decision on the appointment of the arbitrator expeditiously, after hearing the other party.

Pursuant to Article 17(a) of the Arbitration Law, an arbitrator may be challenged if serious circumstances exist that give rise to doubts as to his impartiality or independence. Neither party may challenge an arbitrator appointed by that party or in whose appointment it has participated, except for a reason the party became aware after their appointment (Article 17 (b)). A challenge to an arbitrator is submitted in writing to the tribunal. What is peculiar, however, and different from the solution provided in Egyptian law, is that local Jordanian courts have jurisdiction to rule on the challenge.

Arbitrators also are clearly vested with powers either at their own initiative or at a request of a party to order interim or conservative measures or request security for costs, as specifically provided in Article 23 of the Arbitration Law. This may be done either prior to the commencement of the arbitration proceedings or during such proceedings. The Jordanian Law of Civil Procedure No. 24 of 1988 is also relevant here, as it provides that claimants may also apply to judges of summary proceedings for a motion to attach and/or freeze property of the defendant as a precautionary measure.

Pursuant to Article 36 of the Arbitration Law, the arbitral tribunal shall apply the substantive governing law as chosen by the parties. The arbitral tribunal also may, if expressly authorized to do so, act as an “amiable compositeur” and adjudicate the merits of the dispute in conformity with the rules of equity and fairness (ex aequo et bono).

The final arbitral award must be issued within the period that is agreed upon by the parties or, in the absence of such an agreement, within twelve months from the commencement of the arbitration proceedings. The arbitrators may decide to extend this period by no more than twelve additional months, unless the parties agree to a longer period of extension. The award must be in writing, signed by the sole arbitrator or the majority of the tribunal, in which case the reasons for non-signature of the minority must be stated in the award (Article 41). The arbitral tribunal also has the power to make interim or partial awards before making its final award.

Recognition and Enforcement of Foreign Arbitral Awards in Jordan

Jordan signed the New York Convention on the Recognition and Enforcement of Foreign Arbitral Awards already in 1958. The Convention was, however, ratified only on 15 November 1979. Interestingly, Jordan made a rather unusual declaration of a political nature, stating that, “The Government of Jordan shall not be bound by any awards which are made by Israel or to which an Israeli is a party”.[3]

In Jordan, an arbitral award may be set aside on procedural grounds. Pursuant to Article 49 of the Arbitration Law, an application for annulment/setting aside shall not be permitted, except in the following cases:

An application for annulment is to be filed with the Cassation Court within 30 days of the date of service of the arbitral award.

Regarding the enforcement of arbitral awards, awards rendered in accordance with the law are considered to have the authority of res judicata in the territory of the Kingdom of Jordan (Article 52).

Grounds for resisting enforcement, as provided in Article 54, include:

1. The award includes violation of public order in the Kingdom. If that part in the award including such violation can be separated [from  others], the court may order the execution of the other part(s)

2. The award was not duly notified to the party against whom it was rendered.