The Maffezini tribunal[1] was the first arbitral tribunal that interpreted the applicability of an MFN clause to allow the importation of a more favourable treaty provision in a published award. In this case, the MFN clause effectively removed the local litigation requirement that was otherwise expressly contained in the Spain-Argentina BIT[2]. 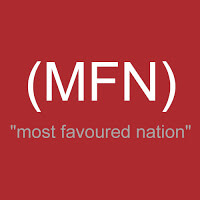 This is no longer the case. This article will explore the applicability of MFN clauses in light of recent developments.

The interpretation of the applicability of the MFN clause by the Maffezini tribunal was controversial. It allowed the investor to choose a dispute resolution clause from a different treaty. Subsequent tribunals such as the Salini[3] and the Plama[4] tribunals restricted the scope of applicability of an MFN clause in regards to procedural provisions.

The Salini Tribunal distinguished itself from the Maffezini case. It did so by analysing the difference in the wording of the respective MFN clauses.  It distinguished the MFN clause in the Spain-Argentina BIT from that found in the Italy-Jordan BIT. Specifically, it found the former to be wider. It also explained that there was a distinction between MFN clauses. Namely that only some, such as the one in the Spain-Argentina BIT, contain language broad enough to encompass the applicability of procedural treaty provisions.

The debate regarding the clauses’ applicability in regard to procedural issues went on to become more complex. In the Hochtief Case, arbitrator J. Christopher Thomas QC dissented on the issue that the failure to satisfy a procedural requirement was a matter of admissibility rather than jurisdiction. The distinction between admissibility and jurisdiction is typically not very clear. It therefore did very little to settle the debate on the applicability of MFN clauses in regards to importing procedural treaty provisions. [5]

While this debate was continuing, there was almost no challenge to the use of MFN clauses in the traditional sense. Traditional use refers to the importation of more favourable standards of treatment from other treaties signed with other States than the State of the foreign investor.

Most tribunals considered this practice as uncontroversial. One tribunal went so far as to state that the ability of an investor to import substantive treaty obligations through the use of an MFN clause is “universally agreed and the very essence of an MFN provision in a BIT”[6]. Furthermore, many respondent States did not object to the application of MFN clauses in this manner.[7]

It is somewhat surprising that the application of the MFN clause in this manner was so readily assumed, in cases such as White Industries V. India and Alwaraq V. Indoneisa. The “traditional use” of the MFN provision is the argument that third-party investors are being treated more favourably[8]. Any other use does not only secure treatment like that of the most favoured investor, but also changes the terms of the investment treaty itself.

Nonetheless, only one tribunal has refused to import a substantive standard of treatment on the basis of an MFN clause, the tribunal of the 2016 award Ickale v Turkmenistan. The claimant in this case attempted to import a number of substantive protections into the Turkey-Turkemenistan BIT, as the treaty itself offered only limited protection. The tribunal held that the MFN clause applied only to cases in which investors of different nationalities were actually treated differently.

This decision was quite shocking as it was unprecedented. Already in the  Paushok Case[9], however, a tribunal had limited the applicability of the MFN clause to FET-related provisions. It rejected the importation of new substantive rights.

Furthermore, one can look beyond publicly available investment arbitration cases. The USA, Canada and Mexico have all made written submissions where they challenged the use of the MFN clause in the NAFTA agreement to import treaty provisions. Similarly, recent investment treaties like CETA,[10] clarify that the MFN clause cannot be used to import substantive obligations from other treaties.  India has also has sent a draft interpretative statement to its BIT partners.  It states that the application of the MFN clause: “requires a comparison between investors and investments that are in ‘like circumstances’”.

It appears, however, that future tribunals might follow the approach of the Ickale tribunal. They may focus more on the actual wording of the clause and the intention of the parties, rather than automatically allowing the importation of procedural or substantive treaty provisions.

[8]THE NEW DEBATE ON THE INTERPRETATION OF MFN CLAUSES IN INVESTMENT TREATIES: PUTTING THE BRAKES ON MULTILATERALIZATION, Simon Batifort and J. Benton Heath, p9.

[10] Comprehensive Economic and Trade Agreement, EU-Can., 2016, Art. 8.7: Substantive obligations in other international investment treaties and other trade agreements do not in themselves constitute “treatment”, and thus cannot give rise to a breach of this Article, absent measures adopted or maintained by a Party pursuant to those obligation