The 2013 Mytilineos v The Republic of Serbia investment arbitration came to an end in August 2017 and Serbia was found to have breached the applicable bilateral investment treaty.

According to Mytilineos’s press release, the investment arbitration concerned RTB Bor, a copper mining and smelting company that was subject to privatization. While the Tribunal has not yet published the final award, some elements of the decision have been made public. 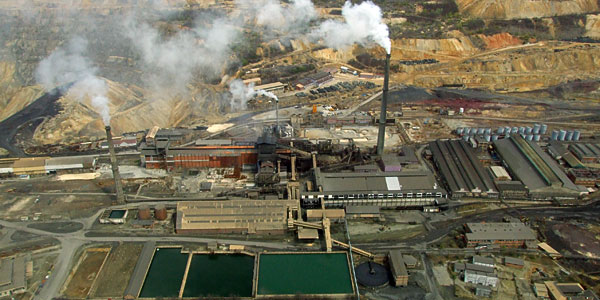 An earlier arbitral tribunal had found no breaches in a 2009 award, but had expressly left the possibility of future treaty claims open.

In the latest August 2017 award, however, Serbia was held liable and ordered to pay USD 40 million, including interest.

Mytilineos filed the investment claim in 2013, reportedly demanding USD 100 million for breaches of the foreign investors’ standards of treatment under the 1997 Greece-Yugoslavia Bilateral Investment Treaty (the “BIT”), which entered into force in 1998. As the Republic of Serbia is the legal successor to The Federal Republic of Yugoslavia, public international law recognizes the legal continuity of many such international agreements.

The arbitral proceedings were organized under the UNCITRAL Rules and seated in Geneva. Certain issues arose regarding the appointment of the arbitrators. Ultimately, the presiding arbitrator to be appointed was CMS partner Klaus Sachs. The other two arbitrators were King & Spalding’s Doak Bishop, the Claimant’s appointee, and Mirko Vasiljević, a professor of the Faculty of Law University of Belgrade, the Respondent’s appointee.

Background to the Dispute

The Claimant Greek company initially filed a claim regarding RTB Bor’s default in payment and metal supply 13 years ago, in 2004. The cooperation of the companies had begun in the late 1990’s. Mytilineos Holdings alleged that this default was unreasonable. Namely, the Serbian company had received advance payments. It also had received pre-financing and raw materials from its Greek partner. According to the Claimant, RTB Bor inappropriately used these resources for the payment of staff salaries, however.

This was justified by Serbian authorities as a consequence of the restructuring of a State-owned company. Namely, the entire Serbian economy had to transition from an ex-socialist to a market-based economy and RTB Bor had to be privatized. During the restructuring, RTB Bor did not have to pay its creditors. Moreover, the Serbian government imposed its consent for each of RTB Bor’s management’s decision.

According to Mytilineos’ press release, Serbia was found to be liable for indirect expropriation without proper compensation, i.e., a violation of Article 4(1) of the relevant BIT. Furthermore, Serbia also was found to have violated Mytilineos’ legitimate expectations, i.e., there was a finding of unfair and inequitable treatment, in violation of Article 2(2) of the BIT, which reads:

“Investments by investors of a Contracting Party Shall, at all times, be accorded fair and equitable treatment and shall enjoy full protection and security in the territory of the other Contracting Party.“

The Serbian legal team announced in its own press release that it might request the annulment of the award, despite the many difficulties inherent in annulling a final and binding arbitral award. As the award has yet to be made public, it is difficult to assess whether there are strong grounds for annulment.

Serbia’s advocates stated that the amounts put forward in the press release were imprecise and stressed that the Tribunal had in fact halved the overall amount claimed by Mytilineos.

The Serbian authorities have yet to announce whether annulment proceedings have been initiated.