There are, however, exceptions. In reverse fashion, the host State may bring claims against a foreign investor. A State may make claims through a counterclaim[1] or bring claims directly as a claimant. This article will discuss the second option in further detail. 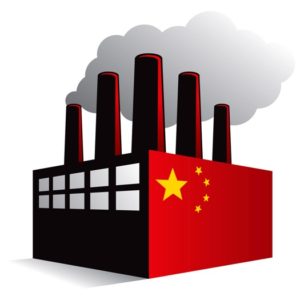 The Host State as Claimant

“[T]he Convention permits the institution of proceedings by host States as well as by investors and the Executive Directors have constantly had in mind that the provisions of the Convention should be equally adapted to the requirements of both cases.”[3]

Despite formal equality, only a handful of host States have brought cases against an investor.[4] From a purely treaty-based perspective, moreover, little has been done to initiate host State arbitrations as claimant. In fact, after a review of current case law, not one dispute has been brought on the basis of an investment treaty.

The idea, however, that States cannot require investors to arbitrate claims is misled. As one notable arbitrator mentioned, this charge is “as colorful as misconceived.”[5] In reality, some treaties allow for either disputing party to bring a claim before a tribunal.[6] Therefore, a host State must prove that the treaty permits it to bring a claim forward and that the investor consented to arbitrate, in advance and on a general basis. Once proven, a tribunal should be able to retain jurisdiction under Article 25(1) of ICSID.[7]

State-owned enterprises have become increasingly active in foreign direct investment flows. In fact, they are becoming leaders in international investment, with 550 State-owned cross-border entities with more than USD 2 trillion in assets.[8]

Most cases dealing with State-owned companies as claimants do not address issues of jurisdiction. Two cases, however, have clarified the relevant standard. In CSOB v. Slovakia, the tribunal upheld the “Broches” test, named after the ICSID Convention’s chief architect:

“[F]or purposes of the Convention a mixed economy company or government-owned corporation should not be disqualified as a ‘national of another Contracting State’ unless it is acting as an agent for the government or is discharging an essentially governmental function.”

In its decision, the tribunal found it had jurisdiction because the State entity’s actions (here a bank) were commercial in nature.

The ICSID system provides host States with a venue to bring their treaty and contractual claims. To date, this has been underutilised. However, new national strategies, such as China’s “One Belt One Road” initiative, may lead to greater use of investment treaty arbitration by States.

[1] There are many examples of counterclaims, but a notable case is Perenco v. Ecuador.

[6] Saipem S.p.A. v The People’s Republic of Bangladesh, ICSID Case No. ARB/05/07, Decision on Jurisdiction and recommendation on Provisional Measures,