The Vodafone versus India investment treaty arbitratoin has its origins in 2007 when Vodafone acquired a majority stake in India’s Hutchison Essar[1]. It was a Cayman island transaction. Essentially, Vodafone used the tax haven to escape the jurisdiction of India’s tax authorities.

It was therefore unsurprising when, in 2012, the Indian Supreme Court ruled that the transaction was outside the scope of India’s tax department’s jurisdiction and was not subject to taxation in India. The Indian government, however, did not agree with this decision and responded by amending its Income Tax Act, retroactively.

The purpose of the amendment was to ensure that companies could no longer avoid Indian income tax by operating out of tax havens. The Indian government then proceeded to retroactively tax and fine Vodafone for the transaction. This retroactive taxation is the origin of the Vodafone versus India dispute that has become perhaps the most publicised dispute between India and a foreign investor. 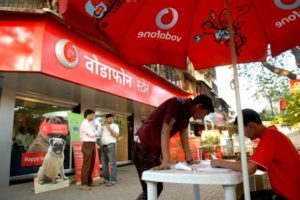 Vodafone considered the retrospective application of the amendment to be in breach of the India-Netherlands BIT. It accordingly notified the dispute in 2012, and thereupon invoked arbitration in April 2014[2]. India responded by raising a preliminary jurisdictional objection.

Shortly thereafter, in June 2015, Vodafone notified the same dispute, but now under the India-UK BIT. In January 2017, it invoked arbitration, effectively initiating a parallel proceeding for the same dispute under a different treaty.[3] Both arbitral tribunals can establish jurisdiction through the respective dispute settlement provisions in the aforementioned BIT’s. Vodafone had access to both these BITS’s because the parent company is British, while the subsidiary is Dutch.

Nevertheless, after the initiation of the parallel proceedings, the Indian government approached the Delhi High Court to issue an anti-arbitration award. It considered the initiation of parallel proceedings to be an abuse of rights, using previous investor-State decisions to substantiate its claim. This argument does have merit. The merit of the argument is insignificant, however, as an arbitral tribunal is perfectly competent to rule on its own jurisdiction.

It was therefore surprising when the Delhi High Court issued an interim order granting the anti-arbitration injunction. This would have resulted in an unfounded interference. The legitimately constructed arbitral tribunal has the competence rule on the issue of parallel proceedings on its own. It is therefore fortunate, that on 7 May 2018, the Delhi High Court overturned its interim order and allowed the arbitration proceedings to continue.[4]

There is one significant lesson, however, to take away from India’s anti-arbitration injunction attempt. India will fight against a potential award. It is clear that concerning this dispute, India is unconcerned with tarnishing its international reputation. It will not succumb to pressure from the international community to accept a decision of the arbitral tribunal.

The refusal to grant the anti-arbitration injunction, however, provides Vodafone with hope that it might enforce a potential award in India. The Delhi High Court effectively demonstrated its independence from the central government.

[4] Para 148: “Of course, it is a matter of practice that National Courts will exercise great self restraint and grant injunction only if there are very compelling circumstances and the Court has been approached in good faith and there is no alternative efficacious remedy available”(emphasis added)