It is common in investment arbitration that investors seek to recover the profits they claim to have lost as a consequence of one or more internationally wrongful acts perpetrated by a host State of foreign investment.

Historically, in assessing damages there has been a distinction between damnum emergens (actual losses) and lucrum cessans (loss of profits). In the case of a factory, damnum emergens would include an amount for lands, buildings and equipment, whereas lucrum cessans would reflect lost profits from an ongoing business.

Article 36 of the International Law Commission Draft Articles on Responsibility of States for Internationally Wrongful Acts provides, “The State responsible for an internationally wrongful act is under an obligation to compensate for the damage caused thereby, insofar as such damage is not made good by restitution [and that the] compensation shall cover any financially assessable damage including loss of profits insofar as it is established.”

Thus, contrary to national laws that can impose different conditions and limitations for the recovery of lost profits,[1] the possibility for investors to be awarded compensation for lost profits is established as a matter of public international law.[2] 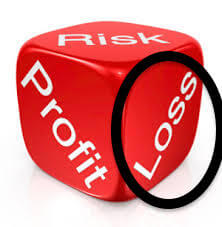 As stated by Irmgard Marboe, “In contrast to short-term commercial contracts, a breach of investment contract by one party does not inevitably or automatically cause loss of profits to the other party. The reason is that investment contracts are often closely linked to large projects and are dependent on the the economic, political, and social situation  of the country and other factors.”[3]

Therefore, the investor must demonstrate a causal link between the breach by the State of an investment protection instrument and the lost profits claimed with “a sufficient degree of certainty”,[4] meaning that the arbitral tribunal will likely reject any claim for compensation of purely speculative profits and will tend to reject lost profits on projects which were only in their early stages.

According to the Stati v. Kazakhstan tribunal, the standard of proof to establish lost profits should be high and investors must generally show that “their project either has a track record of profitability rooted in a perennial history of operations, or has binding contractual revenue obligations in place that establish the expectation of profit at a certain level over a given number of years.”[5]

For example, the tribunal in the Saar Papier v. Poland case ruled that the lost profits claimed were not speculative since they were based “on sales onwards to a Danish purchaser of tissue paper.”[6]

By contrast, based on the prior performance of an investment, the tribunal in the Railroad v. Guatemala case concluded that “the claim of lost profits [was] speculative”:[7]

269. The Tribunal agrees with Respondent that, given the past performance of FVG, the claim of lost profits is speculative. To say the least, it has not been proved that after eight years of operation a sharp improvement in FVG’s performance was in the offing, as Claimant’s experts have assumed. However, there are in the experts’ considerations certain known quantities related to the amount invested and the actual rents received from leases of the real estate. The Tribunal will anchor its assessment to these certainties […].

Several tribunals have emphasised “that the assessment of damages for lost profits is not a precise science [involving] an inquiry with a counterfactual premise, namely the consideration of the profits that would have been made if an illegal act – which did in fact occur – had not occurred.”[8]

The method used in order to evaluate the lost profits claims depends on the specifics of the case. Generally, forward-looking methods,[9] such as the discounted cash flow method, are “widely accepted as […] appropriate method[s] to assess the lost profits”.[10] In a nutshell, the discounted cash flow method “measures the present value of the future cash flows available to equity”[11] and, therefore, is suitable for the valuation of lost profits of going concerns with a proved record of profitability.