In recent years, Moldova has seen a rise in the number of investment arbitrations filed against it. As its judicial system struggles to eliminate corruption and inefficiency, international arbitration is seen as an important tool and a guarantee for international investors. 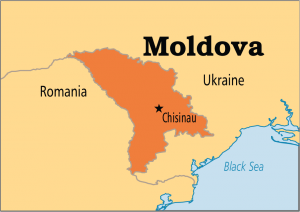 The protection of foreign investments is an important issue in the Moldovan political agenda, since one of its goals is to attract more foreign investment (see Invest in Moldova). Moldova’s ranking in the Doing Business report published by the World Bank has been improving significantly in recent years: ranked 82nd in 2014, in 2016, Moldova ranks 52nd place out of 189.

Moldovan legislation on investments (Law No. 81-XV of 18 March 2004) provides that investment disputes should be resolved by mutual agreement and if no agreement is found,  by arbitration. However, international arbitration is available only if the parties agreed mutually to submit their dispute to arbitration, meaning that Moldova’s consent to arbitration is not automatic.

(1) Investment disputes shall be resolved by mutual agreement.

(2) In the event of failure to resolve the dispute by mutual agreement the latter shall be subject to resolution by a competent court instance of the Republic of Moldova or, upon mutual consent of the parties, by arbitration.

Moldova is also a party to various multilateral investment protection agreements providing for the resolution of disputes through arbitration. The most well-known and frequently-invoked is the Energy Charter Treaty (ECT).

By ratifying the Convention on the Settlement of Investment Disputes between States and Nationals of Other States (ICSID Convention) in 2011, Moldova undertook to recognise any award issued by an ICSID Arbitral Tribunal and committed to ensuring the enforcement of the pecuniary sanctions imposed by the award on its territory.

Moldova is also a signatory to the convention on the Recognition and Enforcement of Foreign Arbitral Awards (1958 New York Convention), meaning local courts must enforce international arbitration awards that meet certain conditions.

Moldova has been involved in ten known investment arbitrations, some of which overlap, out of which three are ongoing.

The ongoing cases include:

Zbigniew Piotr Grot and others v. Republic of Moldova, ICSID Case No. ARB/16/8.