The supplementation of an arbitration award under Article 49(2) of the ICSID Convention is a remedy for inadvertent omissions in the award due to an oversight on the part of the tribunal which is likely to be corrected by it once this oversight is pointed out. This oversight should however concern a “question” before the tribunal, i.e., an issue that affects the award and is of sufficient importance to justify the procedure leading to a supplementary decision. Requests for the supplementation of an arbitration award under the ICSID Convention seldom succeed. 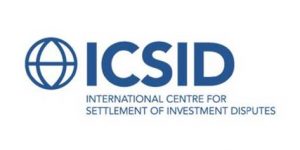 Article 49 (2) of the ICSID Convention provides:

“The Tribunal upon the request of a party made within 45 days after the date on which the award was rendered may after notice to the other party decide any question which it had omitted to decide in the award, and shall rectify any clerical, arithmetical or similar error in the award. Its decision shall become part of the award and shall be notified to the parties in the same manner as the award. The periods of time provided for under paragraph (2) of Article 51 and paragraph (2) of Article 52 shall run from the date on which the decision was rendered.”

Typical examples where supplementation is justified would be the inadvertent omission of an item in the calculation of damages or of a factor in determining costs.

In RDC v. Guatemala, arbitrators rejected claimant’s request to supplement the amounts awarded in order to offer the claimant a reasonable rate of return on certain sunk investment costs. The tribunal held that its final award had dealt with all questions relevant to the determination of compensation for Guatemala’s breach of the fair and equitable treatment standard. The tribunal correctly observed that the claimant was asking the tribunal, in its request for supplementation, to engage in a theoretical exercise that would compensate the investor for some discounted version of its sunk costs, as if the investment lacked any track record. In fact, the tribunal noted, there was a track record for the investment, and it made no sense to add a theoretical rate of return in light of the actual track record of the claimant’s loss-making project.

In Archer v. Mexico, the claimants alleged that the award required supplementation in respect to:

The arbitral tribunal found that the claimants had not identified any questions that the Arbitral Tribunal omitted to decide within the meaning of Article 57 of the ICSID Additional Facilities Rules, applicable in this case. Consequently, the application for a supplementary decision was dismissed.

In LG&E v. Argentina, the claimants also requested a supplementary decision for damages sustained after the cut-off date for the calculation of damages adopted by the tribunal in the award for procedural reasons.The tribunal denied the request for a supplementary decision as it found that the request did not concern a question that the tribunal had omitted to decide in the award. Rather, the tribunal found that it had dealt at length with the claimants’ arguments concerning the cut-off date. Therefore, the claimants were attempting to reopen the discussion on a question that had been dealt with and already disposed of by the tribunal. The tribunal pointed out that the “supplementation process is not a mechanism by which the parties can continue proceedings on the merits or seek a remedy that calls into question the validity of the tribunal’s decision.”

In Enron v. Argentina, the tribunal decided that the request for supplementary decision be dismissed as “there was no claim, either express or implied and within the meaning of Article 46 (“incidental or accidental claims”) of the ICSID Convention or otherwise, for post-award interest, and hence none could be awarded.”

In Genin v. Estonia, the tribunal also denied the request for supplementation as it had not identified any question that the tribunal had failed to decide. In the tribunal’s view, the request for a supplementary decision related “to issues that claimants themselves failed virtually altogether to address in either their written or oral submissions in the arbitration.” The claimants had alleged that the tribunal had failed to address three substantive provisions of the Estonia-United States bilateral investment treaty. The tribunal noted that “the extent to which these provisions were ever raised by claimants is limited to their mere invocation in the concluding paragraphs of certain sections of claimants’ pre-hearing submissions”. In addition, the tribunal noted that “claimants neither adduced evidence nor made arguments concerning the BIT provisions that they now suggest were “omitted” from the Tribunal’s Award. Indeed, the provisions of the BIT in question were not even mentioned by Claimants either during the hearing or in their post-hearing submissions.”